The video has a particular poignancy as the Royal Academy of Music Big Band was due to record Kenny Wheeler's Smatta alongside a number of other charts by the composer at Abbey Road with students from the University of Miami Frost School of Music. As the Covid-19 lockdown took effect and it became clear the project was not going to go ahead, an open call was put out to all jazz students inviting them to take part in this virtual recording of one of Wheeler's most iconic compositions.

The Academy Jazz Department has had a long standing connection with Wheeler and his music. In January Nick Smart led the Big Band alongside guests Norma Winstone, Evan Parker and Stan Sulzmann in a tribute featuring Wheeler’s scores from his first BBC broadcasts in the 1970s, the first time these had been performed since their outing at Maida Vale Studios many years ago. The concert marked what would have been Wheeler’s 90th birthday. 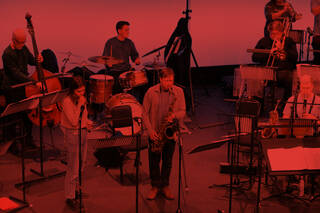