L'enfant et les sortilèges is a magic-realist tale of a child and his less than favourable pursuits. The libretto is by celebrated French fin de siècle writer Colette. Performed alongside Tchaikovsky’s one-act opera Iolanta, the programme was described by Bachtrack as a ‘golden double bill’. 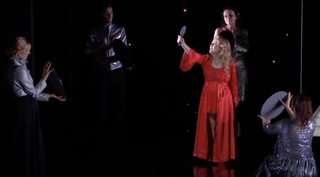