On Tuesday 12 July, the Royal Academy of Music honoured some of the biggest names of music, stage and screen, celebrating the institution’s 200th anniversary. The graduation and honours ceremony was held at London’s Freemasons’ Hall, orated by John Suchet, and attended by HRH The Duchess of Gloucester.

From the world of classical music, the Academy’s Chair of Conducting and Chief Conductor of the Czech Philharmonic, Semyon Bychkov, received an Honorary Doctorate of the University of London and addressed the students in a vote of thanks.

A second Honorary Doctorate was awarded to actor, producer and director Lin-Manuel Miranda. The Tony, Grammy, Olivier and Emmy-winning Miranda is probably best known for his musical In The Heights and the smash hit Hamilton. Recipient of the Pulitzer Prize for Drama, Hamilton was nominated for a record 16 Tony awards, winning 11. His work in film includes his 2021 directorial debut tick, tick…BOOM!, Mary Poppins Returns, and writing the music for Netflix’s 2021 animated feature Vivo, Disney’s 2016 animated Moana and the 2021 smash-hit film Encanto.

Fellowship of the Academy (FRAM), awarded to those who attended the institution as students, went to musical director, pianist and composer Allyson Devenish, violinist Susan Collier, singer Helena Dix, and orchestrator and conductor Cliff Masterson. Lecturer and author Kadiatu Kanneh-Mason and the Academy’s Deputy Principal (Advancement) Kirsty MacDonald were made Honorary Fellows of the Royal Academy of Music (Hon FRAMs).

View the graduation speeches by Lin-Manuel Miranda and Semyon Bychkov below. 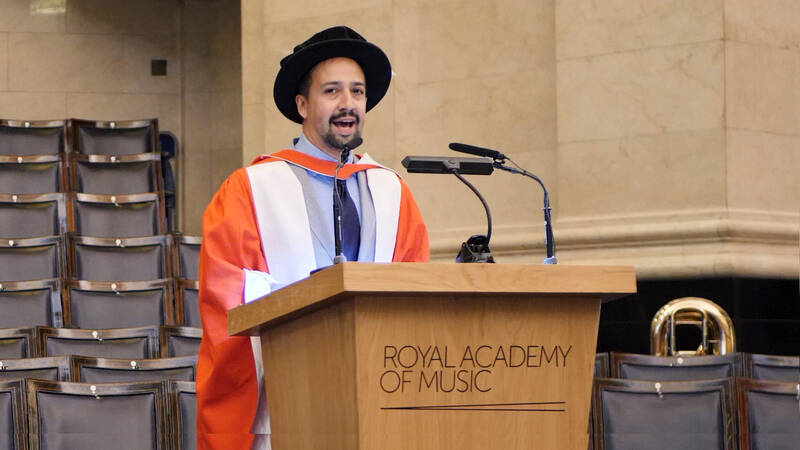 'Music's not a job and it's not a vocation. It's a power.' - Lin-Manuel Miranda's graduation speech

'Music's not a job and it's not a vocation. It's a power.' - Lin-Manuel Miranda's graduation speech 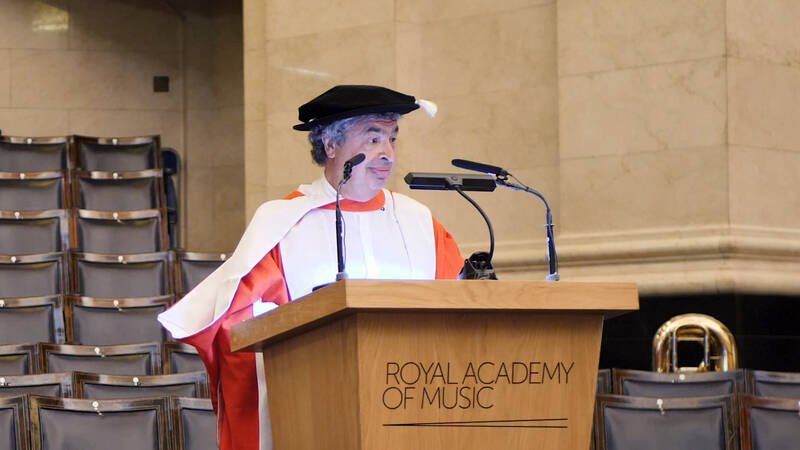