The Royal Academy Musical Theatre Company 2019 presents Michael John LaChiusa’s The Wild Party. In this short series of excerpts from the 2019 production at the Academy’s Susie Sainsbury Theatre, we see a motley crew of washed-up former stars and ambitious wannabes gathering for a decadent party that quickly descends into hedonism and an outpouring of regrets, recrimination and revenge.

Based on the poem by Joseph Moncure March

An amateur production by arrangement with R&H Theatricals Europe. 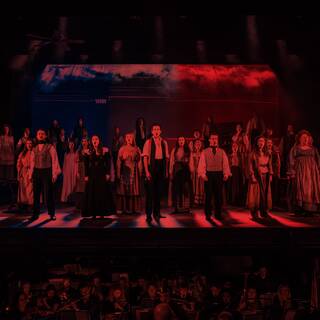 This is the Hour
Academy Musical Theatre Company