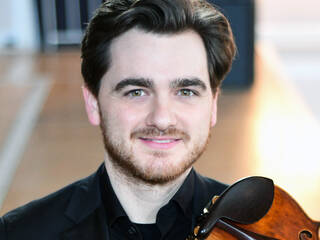 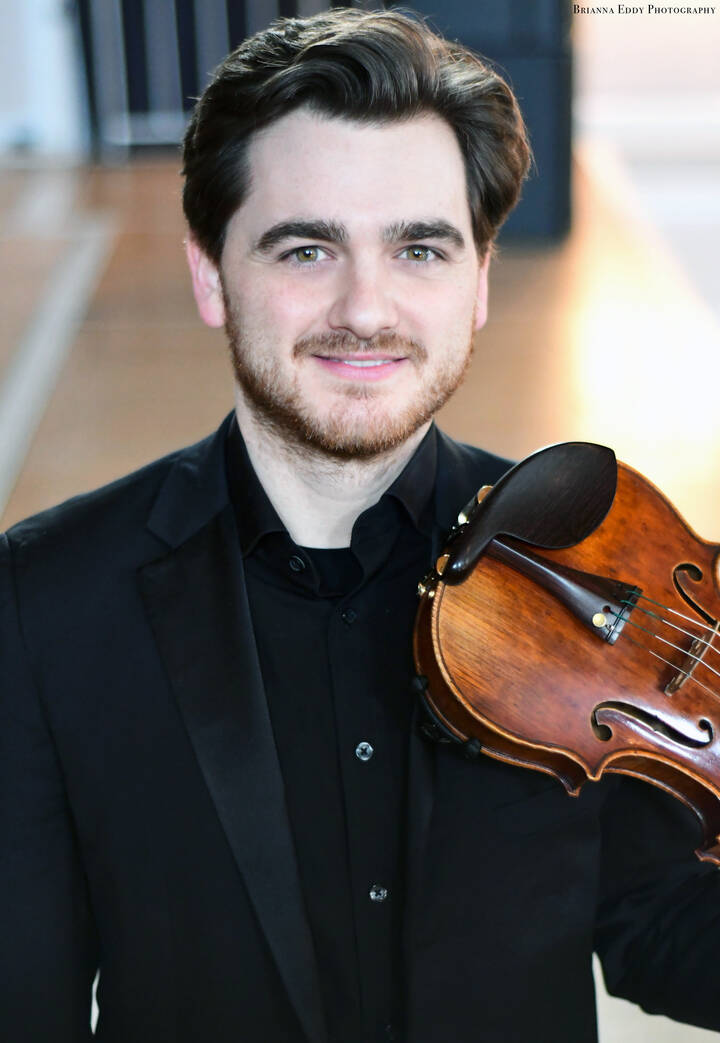 Nathaniel Anderson-Frank is Leader of the BBC Concert Orchestra. He has appeared with them as soloist at the 2019 BBC Proms, as well as on tour around China and the UK, and is frequently featured on BBC Radio 2 and 3. In recent years, Nathaniel has been invited to guest lead the City of Birmingham Symphony Orchestra, BBC Symphony Orchestra and the Royal Philharmonic Orchestra; previously, he was Assistant Leader of the Philharmonia.

Since 2013, Anderson-Frank has led the prize-winning Piatti Quartet, with whom he has appeared in concert throughout the UK and Europe. Recent recordings with the quartet include a critically acclaimed album, Albion Refracted, for the Champs Hill label, featuring the premiere recordings of Mark-Anthony Turnage's Twisted Blues with Twisted Ballad and Joseph Phibb's String Quartet No 1.

A committed educator, Anderson-Frank regularly coaches students at both the Royal Academy of Music and the Trinity Laban Conservatoire of Music & Dance, where he has also held solo and chamber music fellowships. Anderson-Frank has been invited to share his experience as an orchestral tutor for the Pioneer High School for the Performing Arts (USA), I, Culture Orchestra (Poland), Aberdeenshire Youth Orchestra and the National Music Camp of Canada.

A native of Toronto now living in the UK, Anderson-Frank received his Master’s degree with the highest honours from the Royal Academy of Music as a full-scholarship pupil of Maurice Hasson. He also holds a Bachelor of Music degree with academic honours from the Cleveland Institute of Music, where he studied with Paul Kantor. He was made an Associate of the Academy in 2015. 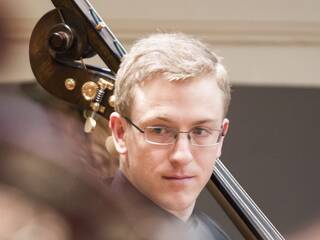 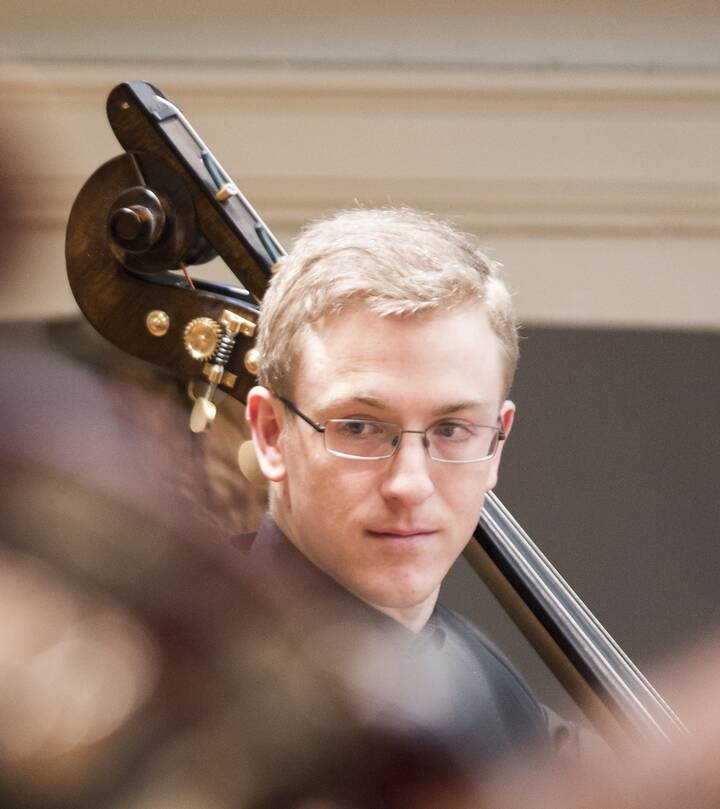 Born in London, William Cole was awarded a scholarship to study at the Royal Academy of Music with Duncan McTier and Graham Mitchell, graduating in 2012 with first-class honours. During his time at the Academy, he was also a Leverhulme scholar in his final year. After graduating, he began to work with some of the top symphony orchestras in the UK.

Aside from playing in symphony orchestras, Cole is a keen enthusiast for both chamber music, with performances in top venues such as Wigmore Hall, and contemporary music, having had numerous works written for him to premiere. 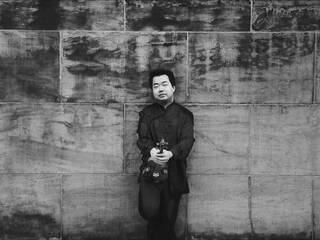 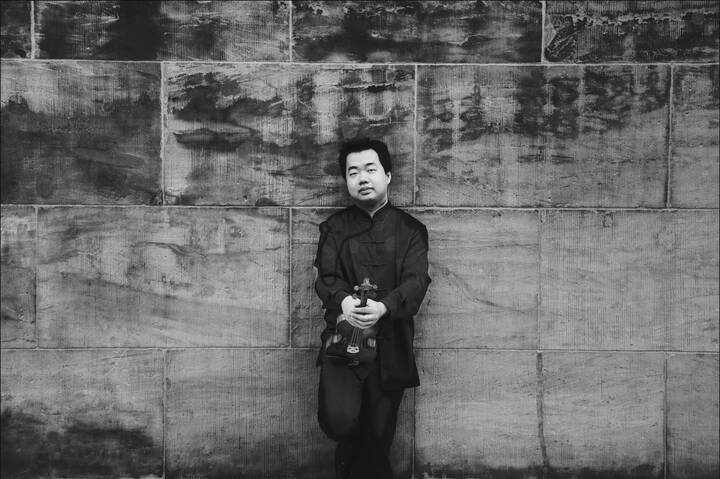 Ning Feng is recognised internationally as an artist of great lyricism, innate musicality and stunning virtuosity. The Berlin based, Chinese violinist performs across the globe in recitals and chamber concert with major orchestras and conductors.

Feng records for Channel Classics in the Netherlands and his new disc Virtuosismo featuring Paganini’s Violin Concerto No. 1 and Vieuxtemps’ Violin Concerto No. 4 was released in September 2019. His earlier recording of Bach’s complete solo works for violin was hailed by Gramophone as “unlike anyone else’s… it’s the illusion of a freewheeling conversation projected from within that held me captive." Further discs include recordings of the Elgar and Finzi violin concertos with the Royal Liverpool Philharmonic Orchestra, Tchaikovsky’s Violin Concerto and Bruch’s Scottish Fantasy with the Deutsches Symphonie-Orchester Berlin, Apasionado with the Orchestra Sinfónica del Principado de Asturias featuring works by Sarasate, Lalo, Ravel and Bizet/Waxman, two releases with the Dragon Quartet featuring string quartets by Schubert, Dvořák, Borodin, Shostakovich and Weinberg and two CDs of violin solo repertoire.

Born in Chengdu, China, Ning Feng studied at the Sichuan Conservatory of Music, the Hanns Eisler School of Music in Berlin with Antje Weithaas and the Royal Academy of Music in London with Hu Kun. The recipient of prizes at the Hanover International, Queen Elisabeth and Yehudi Menuhin International violin competitions, Ning Feng was First Prize winner of the 2005 Michael Hill International Violin Competition in New Zealand and in 2006 won first prize in the International Paganini Competition. 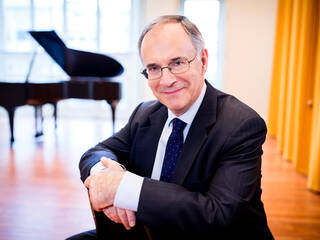 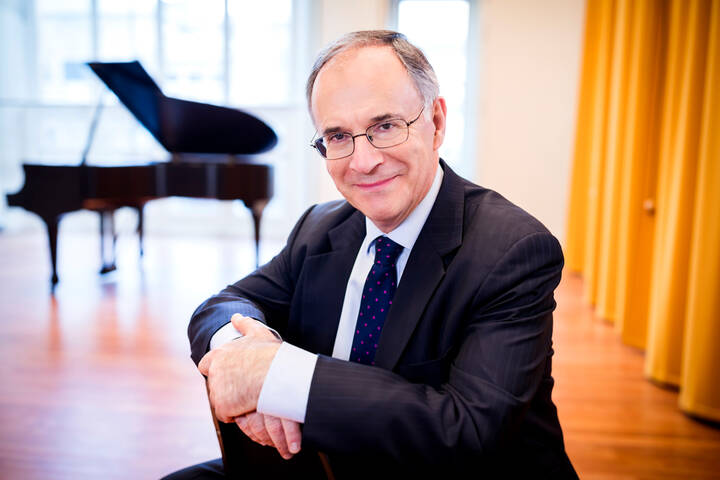 Sir Clive Gillinson was born in India in 1946 and began studying the cello at the age of 11, playing with the National Youth Orchestra of Great Britain. He studied at the Royal Academy of Music, where he won the top cello prize, and then went on to become a member of the Philharmonia Orchestra.

Gillinson joined the London Symphony Orchestra in 1970 and in 1984 was asked by the Board to become Managing Director, a position he held until becoming the Executive and Artistic Director of Carnegie Hall in 2005. Under Gillinson’s leadership, the London Symphony Orchestra initiated some of the city’s most successful artistic festivals, established an annual residency in New York from 1997 and was a founding partner in the Pacific Music Festival in Japan. Gillinson also developed the LSO Discovery music education programme and created LSO St. Luke’s, its music education centre, and LSO Live, the orchestra's award-winning international recording label.

Gillinson served as Chairman of the Association of British Orchestras; was one of the founding Trustees of the National Endowment for Science, Technology and the Arts; and was founding Chairman of the Management Committee of the Clore Leadership Programme.

Among his many awards, Gillinson received an Honorary Doctor of Music degree from the City of London University and is a Fellow of the Royal Academy of Music and the Royal Northern College of Music. He has been a Visiting Fellow at St Catherine’s College Oxford and is an Honorary Fellow of the Guildhall School of Music & Drama. He was awarded the CBE in the 1999 New Year Honours List and received the 2004 Making Music Sir Charles Grove Prize for his outstanding contribution to British music. He is the only orchestra manager ever to be honored with a knighthood, in 2005.

In 2016, Gillinson co-authored a book, Better to Speak of It, published by Arch Street Press, offering first-hand experiences of how creativity can be applied with substantial results.

Principal Double Bass, Academy of St Martin in the Fields 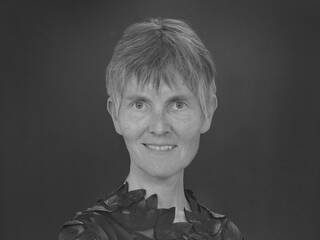 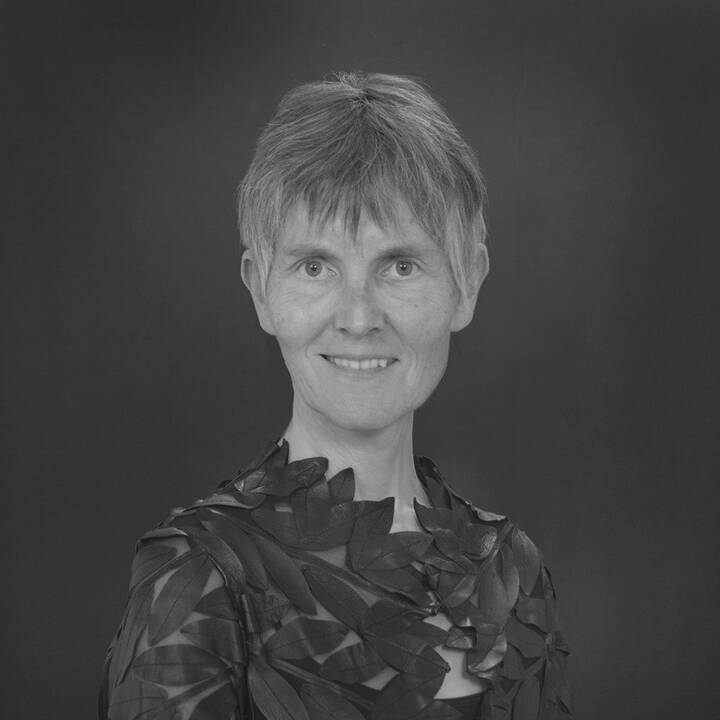 Lynda Houghton is Principal Double Bass with the Academy of St Martin in the Fields and has been playing with the orchestra for more than 25 years on many recordings and world tours.

Having studied at the Royal Academy of Music and at the Banff Centre for Arts and Creativity in Canada, Houghton rapidly went on to establish a reputation as a talented exponent of contemporary music, much in demand with London Sinfonietta. She was also invited to play with the London Symphony Orchestra – the first woman bassist with the orchestra.

Houghton also enjoys playing with a number of other chamber orchestras and ensembles, such as the City of London Sinfonia and Orchestra of St John’s, where she is Principal Bass in both, and as a guest in many other ensembles, including The Nash Ensemble and The Fibonacci Sequence. She has played at the Sangat Chamber Music Festival, Festspiele Mecklenburg-Vorpommern, Orpheus & Bacchus Music Festival and Edinburgh International Festival. An enthusiastic period instrumentalist, she has toured and recorded with Trevor Pinnock’s The English Concert and John Eliot Gardiner’s English Baroque Soloists.

Houghton is an Associate at the Academy and, while being in demand as a teacher and examiner, her playing engagements encompass not only the world of contemporary, symphonic and chamber music but also films and popular music.

Founder, Artistic and Executive Director of the Chineke! Orchestra 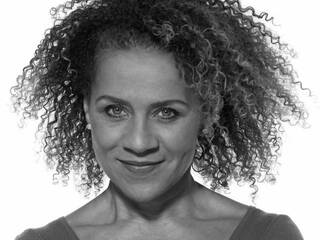 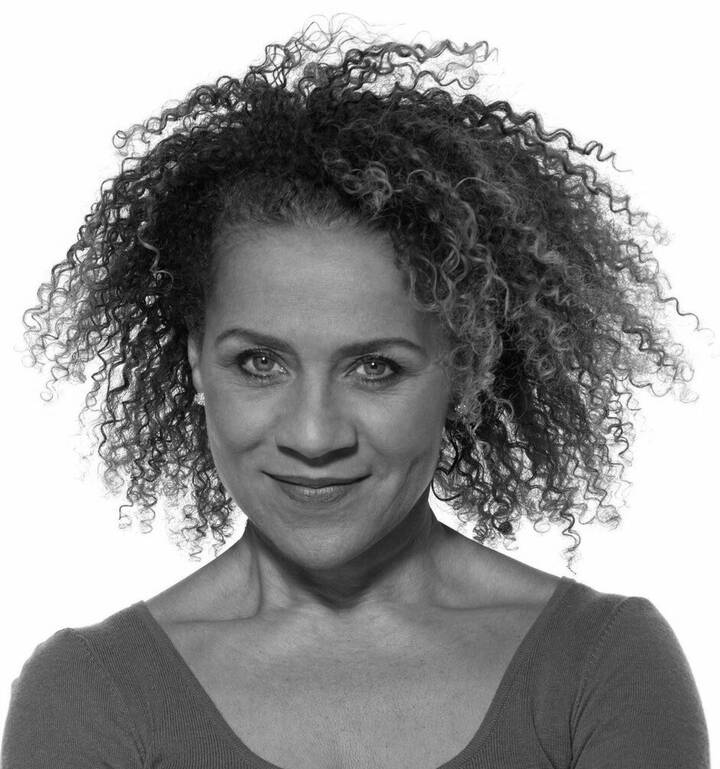 An ex-sprinter and half the size of her double bass, Chi-chi Nwanoku OBE has gained a reputation as one of the finest exponents of her instrument today.

Chi-chi is a classical double bassist and has performed as Principal bass player, chamber musician and soloist with many of Europe’s leading orchestras. In 2015 she founded the Chineke! Foundation, Europe’s first majority Black and ethnically diverse professional orchestra and Junior Orchestra to provide outstanding opportunities to already established, and up-and-coming Black and ethnically diverse classical musicians in the UK and Europe. Chineke!’s motto is: 'Championing change and celebrating diversity in classical music'.

Chi-chi was a founder member of the Orchestra of the Age of Enlightenment and held the position of Principal double bass there for 30 years. She is Professor of Double Bass Historical Studies at the Royal Academy of Music, where she was made a Fellow in 1998.

In 2012 Barrie Gavin directed a documentary film about Chi-chi’s career called Tales from the Bass Line.

As a broadcaster, Chi-chi presented BBC Radio 3 Requests for four years, she guest presents for the BBC Proms and was a Jury member of BBC 2 TV Classical Star and BBC Young Musician 2020. She presented a two-part series for BBC Radio 4 in 2015 which brought to life the stories and music of black composers and musicians from the 18th century, whose vivid presence on the classical music scene have slipped through the net. Her BBC R3 documentary on the 18th century black virtuoso violinist George Polgreen Bridgetower (the original dedicatee of Beethoven’s violin sonata No.9) will air in July 2021. Chi-chi presented a series for Classic FM entitled Chi-chi’s Classical Champions in 2020 and will present her next series in May/June 2021.

Chi-chi was awarded the Black British Business Awards, Person of the Year 2016 and was the recipient of the ABO Award 2017, awarded for ‘the most important contribution to the orchestral life of the UK’. She was named in the Top 10 of the BBC Woman’s Hour, Women in Music Power List 2018 and, in 2018, was awarded the inaugural Commonwealth Cultural Enterprise Award for Women in the Arts at the Commonwealth Business Women’s Awards. Chi-chi was voted to the Powerlist of Britain’s 100 Most Influential Black People in 2019, 2020 and 2021. She was named in the 2020 book of 100 Great Black Britons. Chi-chi was awarded the MBE in 2001 and the OBE in 2017 for Services to Music. 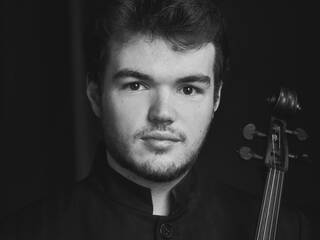 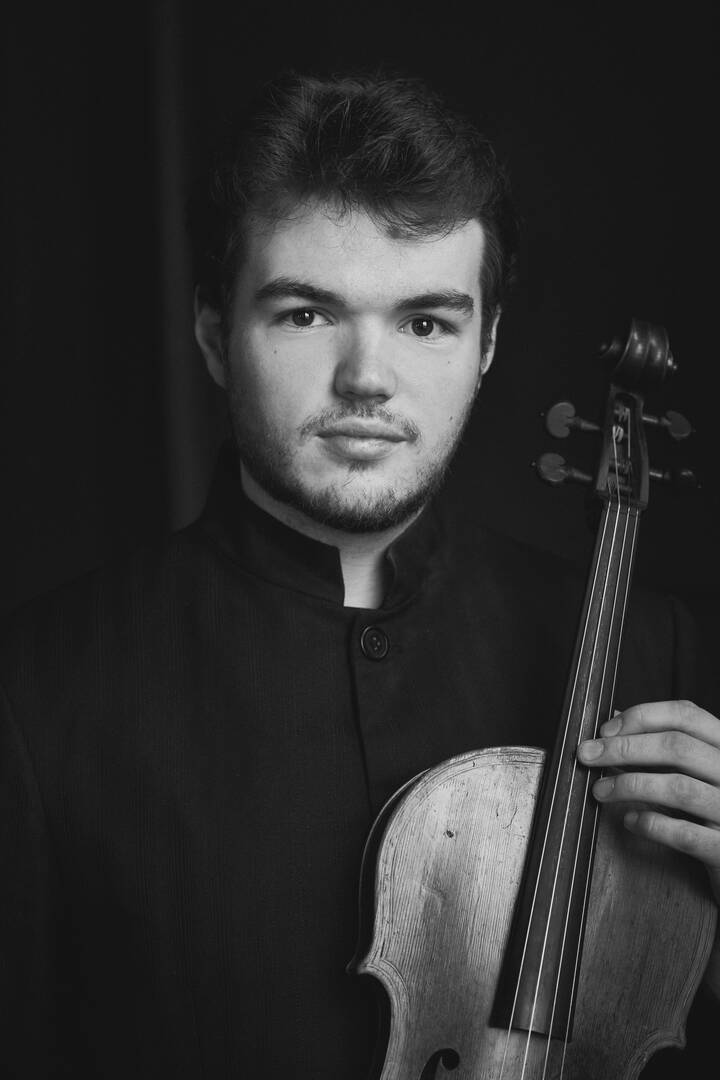 With recent awards including the Symphoniker Hamburg’s inaugural Sir Jeffrey Tate Prize and a Borletti-Buitoni Trust Fellowship, Timothy Ridout has confirmed his position at the forefront of young European soloists. He has been a BBC New Generation Artist since 2019 and will join the Bowers Program of the Chamber Music Society of Lincoln Center in 2021.

Equally in demand as a recitalist and chamber musician, Ridout’s engagements include several appearances per season at Wigmore Hall, as well as throughout the UK, Europe and Japan, plus invitations to festivals across Europe and America. His chamber music collaborators include Joshua Bell, Isabelle Faust and Christian Tetzlaff, among many others, and he also maintains a regular relationship with The Nash Ensemble.

Born in London in 1995, Ridout studied at the Royal Academy of Music, graduating with the Queen’s Commendation for Excellence. He completed his Master’s at the Kronberg Academy with Nobuko Imai in 2019 and in 2018 took part in Kronberg Academy’s Chamber Music Connects the World. 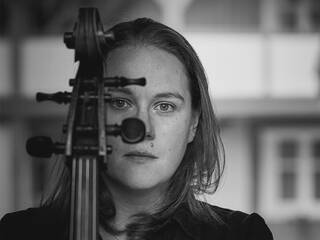 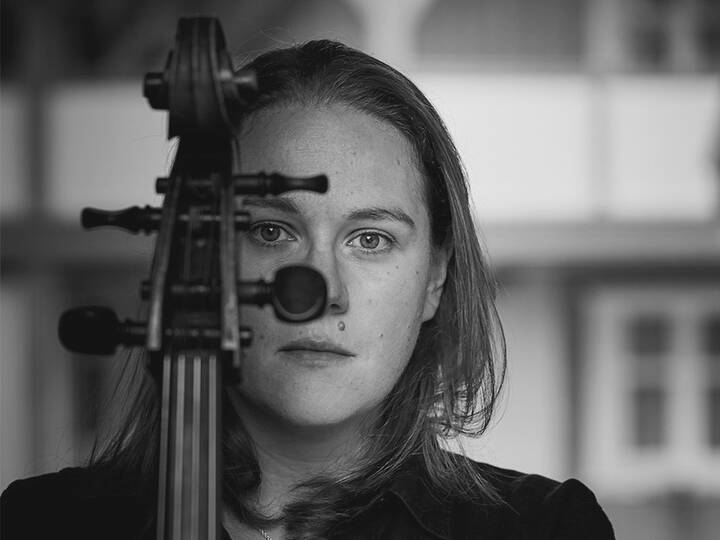 Louisa Tuck is the Principal Cello of the Oslo Philharmonic, a position she took up in 2015. Prior to this, she spent eight years as Section Leader cello of the Royal Northern Sinfonia; at the time of her appointment, she was the youngest principal cellist of any UK orchestra at only 23 years old.

Tuck has collaborated for many years with pianist Anna Tilbrook, enjoying a varied programme of duo to larger ensemble repertoire. Other recent UK-based chamber music has been with The Nash Ensemble and folk artist Kathryn Tickell and her group, The Side.

A professor of orchestral cello studies at the Norwegian Music Academy and a tutor of cello at Barratt Due Institute of Music in Oslo, Tuck was awarded Associate of the Royal Academy of Music in 2011.

In 2019, she was soloist with the Oslo Philharmonic for a recording of Richard Strauss’s Don Quixote, named Gramophone’s Editor’s Choice in January 2020: ‘Her playing is beautifully integrated and superbly eloquent – the hush and tenderness of the final minutes is especially moving.’