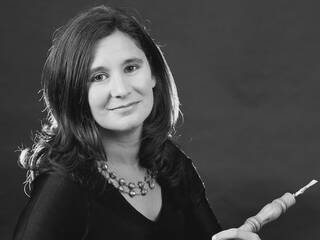 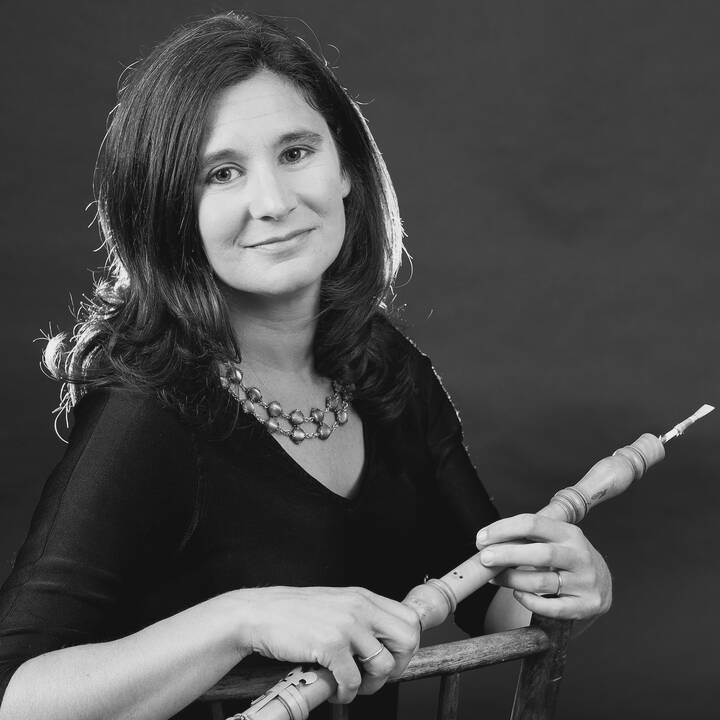 After Studying for her BA in Music at Queen’s College, University of Oxford and a postgraduate diploma from the Royal Academy of Music, Alexandra Bellamy completed her training with a stint as Principal Oboe of the European Union Baroque Orchestra. She has since established herself as one of the leading lights in the world of historical performance, having played with many of the UK’s period instrument orchestras. She has featured on several award-winning CDs and is much in demand as a principal and solo oboist.

She was Principal Oboe of the King’s Consort from 1999 to 2008 and featured on many of the group’s recordings from that time, most notably as the soloist on a disc of Handel’s oboe sonatas. She also has a long standing relationship with the chamber group Florilegium and has appeared on several of their discs over the years; as well as the Gabrieli Consort, Arcangelo and Rachel Podger’s Brecon Baroque, with whom she can be heard as soloist in Bach’s Oboe and Violin Concerto on their Bach Concerti disc. As Principal Oboe of the Dunedin Consort directed by John Butt, she has been involved in many highly acclaimed recordings, including the Brandenburg Concerti, St John Passion and Christmas Oratorio. In 2018 she was appointed Second Oboe with the Orchestra of the Age of Enlightenment and has since joined them for many wonderful projects.

Other career highlights have included tours of Australia with the Australian Chamber Orchestra directed by Richard Tognetti, and tours and recordings with Ton Koopman and the Amsterdam Baroque Orchestra. 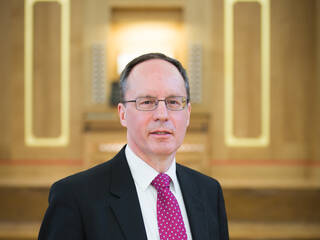 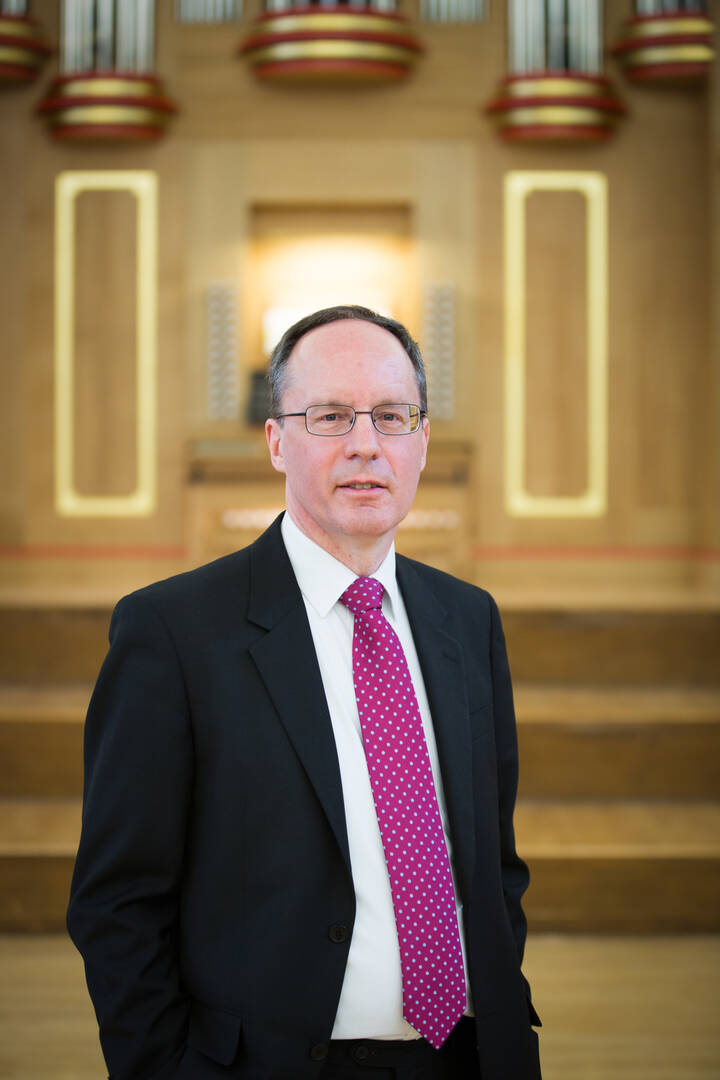 Terence Charlston is an internationally acknowledged specialist performer on early keyboard instruments, particularly harpsichord, clavichord and organ. He studied music at Keble College, University of Oxford, where he was organ scholar, and then harpsichord at the Royal Academy of Music. His broad career encompasses many complementary roles including solo and chamber musician, choral and orchestral director, teacher and academic researcher. His extensive discography reflects his passionate interest in keyboard music of all types and styles. He was a member of the quartet London Baroque between 1995 and 2007 and the ensemble Florilegium between 2011 and 2019. In recent years, he has developed a particularly close affinity with the clavichord and is currently recording 20th- and 21st-century music, including his own compositions.

Charlston has become an important advocate of European keyboard music of the 17th and 18th centuries and his numerous publications include editions and recordings of Carlo Ignazio Monza, Albertus Bryne, William Byrd’s My Ladye Nevells Booke, Matthew Locke’s complete organ and harpsichord music, and Froberger: Complete Fantasias and Canzona on clavichord. His Mersenne’s Clavichord and The Harmonious Thuringian albums are considered exemplary models of practice-led research, drawing together meticulous organological and musicological enquiry with intuitive performance insight. His current research interests focus on the analysis of keyboard music, particularly counterpoint, as an aural and performed experience.

A dedicated and much sought-after teacher, Charlston has played a significant role at several prestigious British conservatoires and universities. He is currently Chair of Historical Keyboard Instruments and Professor of Harpsichord at the Royal College of Music. Previously he taught at the Royal Academy of Music, where he founded the Department of Historical Performance in 1995, and was International Visiting Tutor in Harpsichord at the Royal Northern College of Music until 2019. He was made an Associate of the Royal Academy of Music in 1996 and received the honorary award of Fellow of the Royal College of Music in 2020. Over the last decade, he has helped to guide the exciting young vocal ensemble Amici Voices and has guest directed many of their concerts and recording projects. 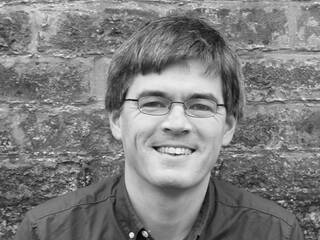 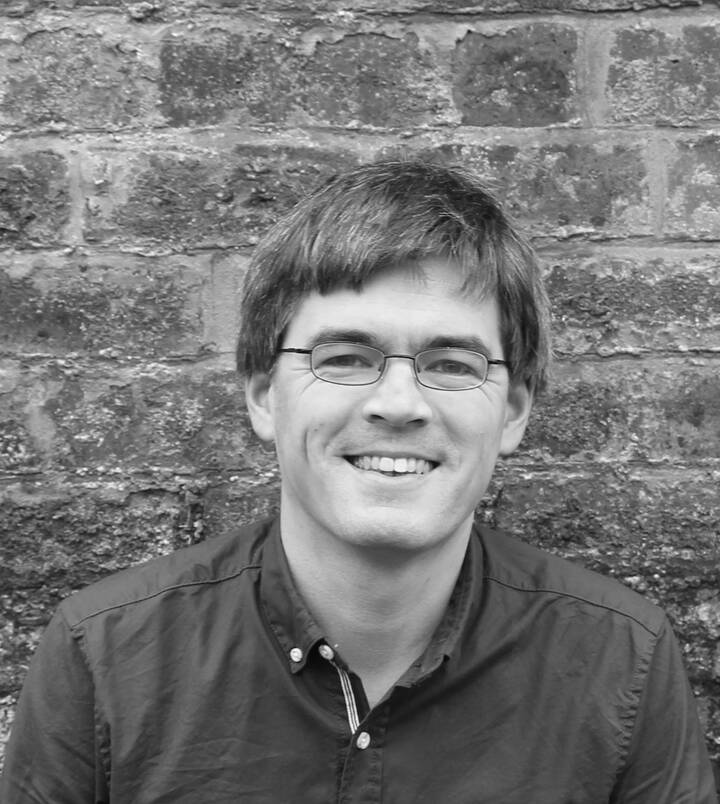 Huw Daniel studied at Ysgol Gyfun Ystalyfera, South Wales, before becoming an organ scholar at Robinson College, Cambridge, where he graduated with first-class honours in music in 2001. He then studied baroque violin at the Royal Academy of Music for two years with Simon Standage. In 2004, Daniel was a member of the European Union Baroque Orchestra (EUBO), the members of which formed Harmony of Nations and went on to play together and record two CDs.

He is a member of the Orchestra of the Age of Enlightenment and was appointed one of their leaders in 2020. He has been the leader of Orquestra Barroca Casa da Música, Porto since 2004, where he frequently plays concertos and occasionally directs the orchestra. He is also a member of the Dunedin Consort and the Irish Baroque Orchestra. As guest-leader he has played and recorded with EUBO, English Concert, Academy of Ancient Music, King’s Consort, The Sixteen and Barokkanerne Oslo. He has recorded two CDs of Purcell trio sonatas with Cecilia Bernardini and The King’s Consort and has also recorded the Bach double violin concerto with Cecilia Bernardini and the Dunedin Consort. 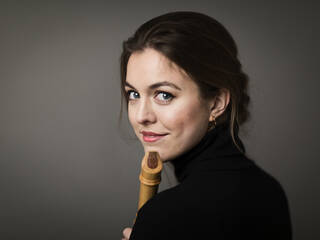 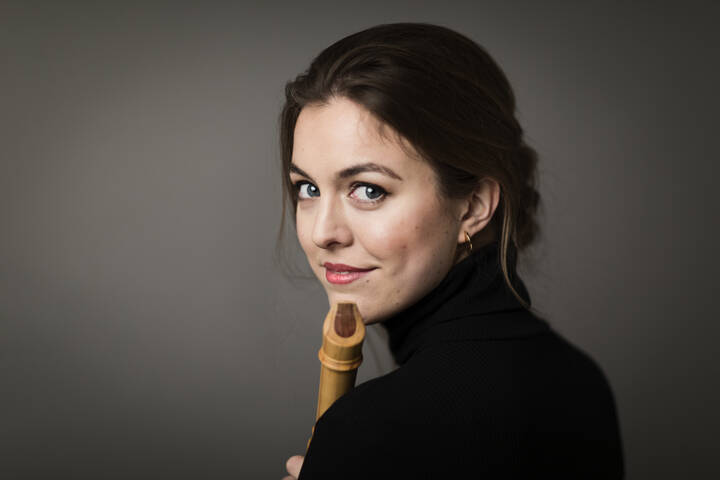 With an equal focus on contemporary and baroque music, Tabea Debus’s burgeoning career has taken her across Europe, Asia, Colombia and the USA. Highlights include recitals at Wigmore Hall, at the London and York Early Music Festivals, Festspiele Mecklenburg-Vorpommern, Baroque at the Edge, Edinburgh International Festival, Schleswig-Holstein Musik Festival and Brecon Baroque Festival. Debus has collaborated with The English Concert, La Serenissima, Dunedin Consort, LSO Soundhub, English Chamber Orchestra and WDR Rundfunkchor, among many others, and has appeared live on BBC Radio 3’s In Tune and The Early Music Show. In 2019, she released her fourth album, Favourites, a follow-up to the highly acclaimed XXIV Fantasie per il Flauto.

Debus studied at Frankfurt University of Music and Performing Arts with Professor Michael Schneider and the Royal Academy of Music with Pamela Thorby. She graduated with the Principal’s Prize and continued her association with the Academy as 2016-17 Meaker Fellow. Awards include the 2019 WEMAG Soloists Prize at Festspiele Mecklenburg-Vorpommern and first prize at the 2019 SRP/Moeck International Solo Recorder Competition, 2014 Johann Heinrich Schmelzer Competition and 2011 Hülsta Woodwinds International Competition. A former St John's Smith Square, Handel House and City Music Foundation artist, she was selected by the Young Classical Artists Trust in 2018 and joined the Concert Artist Guild roster for representation in America the following year.

Debus teaches recorder at Wells Cathedral School, has led seminars at the Royal Academy of Music and collaborates with London Music Masters and other organisations for workshops with children around the globe.

One of Europe’s leading lute players 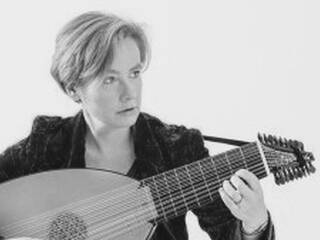 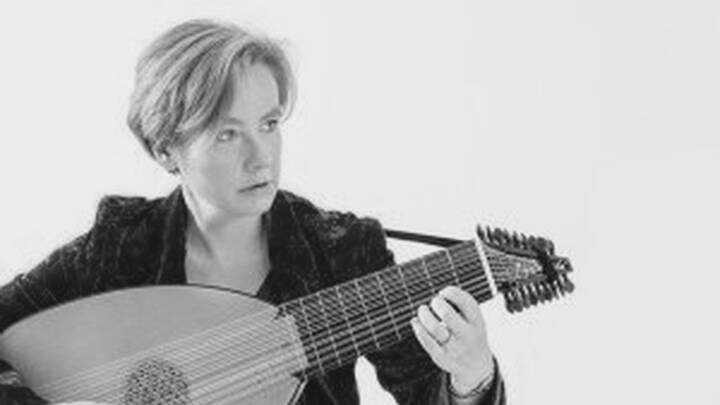 Elizabeth Kenny is one of Europe’s leading lute players. In 15 years of touring, she has played with many of the world’s best period instrument groups and experienced many different approaches to music making. She is a Principal Player and initiator of 17th-century projects with the Orchestra of the Age of Enlightenment. Her solo CD, Flying Horse: The ML LuteBook, was released by Hyperion Records in 2009.

She has played with viol consort Concordia since its founding and has built chamber music and recital partnerships with a number of distinguished artists. She retains a strong international connection with William Christie’s Les Arts Florissants. Her research interests have led to critically acclaimed recordings of William Lawes, Henry Purcell and John Dowland, and to develop ideas such as The Masque of Moments, which she took to festivals in England and Germany during 2007 and 2008. With her group Theatre of the Ayre, she created a concert version of John Blow’s Venus and Adonis, which was released on the Wigmore Live label.

Kenny taught for two years at the Hochschule der Künste Berlin and is a Lecturer in Performance at Southampton University. She was one of the artistic advisory team for the York Early Music Festival from 2011 to 2013. In 2011, she was delighted to be awarded a Fellow of the Academy and was one of three shortlisted nominees for the Royal Philharmonic Society Awards in the Best Instrumentalist category. 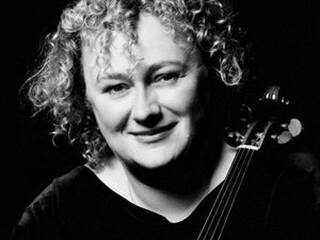 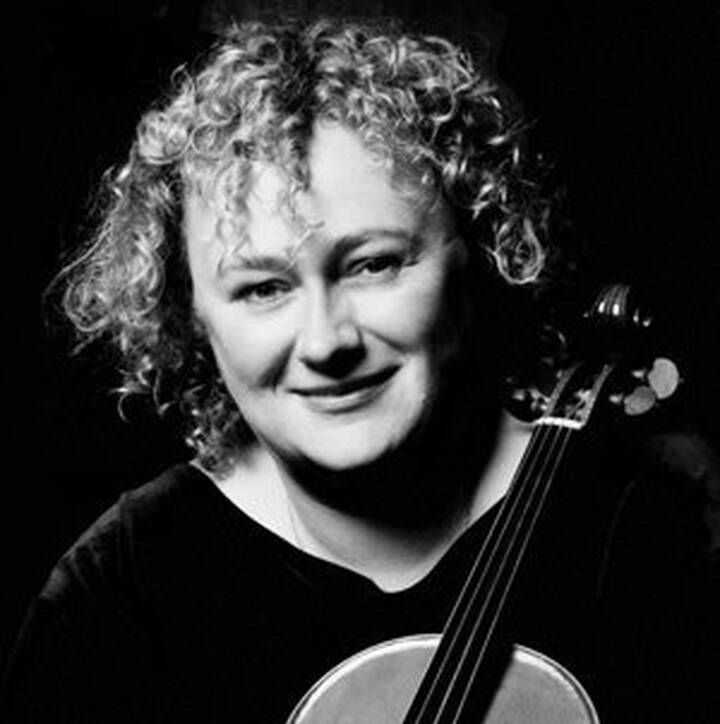 Jane Rogers is one of the UK’s leading exponents in baroque and classical viola. At the age of sixteen she was awarded a music scholarship to St. Edward’s College Liverpool and went on to study viola at the Royal Academy of Music in London. During this time she gained a place in the European Union Baroque Orchestra and then began freelancing in the field of Early Music.

She was co-principal viola in The English Concert for ten years and played principal viola with the English Baroque Soloists, Amsterdam Baroque Orchestra and King’s Consort. She is currently principal viola with the Academy of Ancient Music, La Nuova Musica and Brecon Baroque. She also plays frequently with Arcangelo, Classical Opera, Dunedin Consort, Florilegium and La Serenissima. A keen chamber musician, she was also a member of the Amsterdam String Quartet, Terzetto and the Eroica String Quartet during which time she worked closely with Professor Clive Brown.

Roger’s recording career has been prolific and she has featured on over 200 CD recordings for Erato, Channel Classics, Deutsche Grammophone, Decca, Hyperion and Chandos as soloist, chamber musician and orchestral player.

In 2016 she qualified as a Bach Flower Remedies practitioner and gives workshops and sessions on performance anxiety. 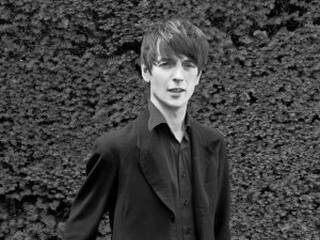 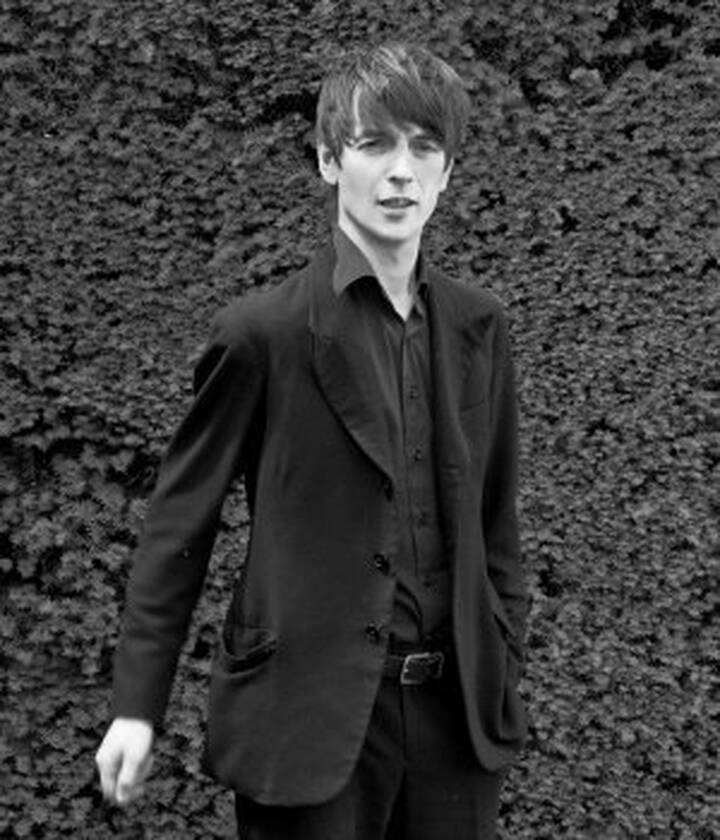 Matthew Truscott is a versatile violinist who shares his time between period instrument and ‘modern’ performance, appearing with some of the finest musicians in both fields. One of the leaders of the Orchestra of the Age of Enlightenment since 2007, he has recently been appointed concertmaster of the Mahler Chamber Orchestra, dual roles which he relishes equally.

In demand as a guest leader, engagements in this capacity have included projects with The English Concert, Le Concert d’Astrée, The King’s Consort, Arcangelo, Budapest Festival Orchestra, The Arctic Philharmonic, English National Opera, Dutch National Opera and the Netherlands Chamber Orchestra. He is also leader of St James’ Baroque, Classical Opera and the Magdalena Consort.

A keen chamber musician, recent recordings have included a set of Purcell Trio Sonatas with Retrospect Trio, a disc of Bach chamber music with Trevor Pinnock, Emmanuel Pahud and Jonathan Manson, and one of Haydn Piano Trios with Richard Lester and Simon Crawford-Phillips.

Matthew teaches baroque violin at the Royal Academy of Music in London.