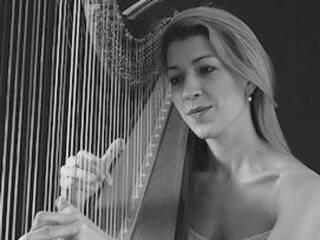 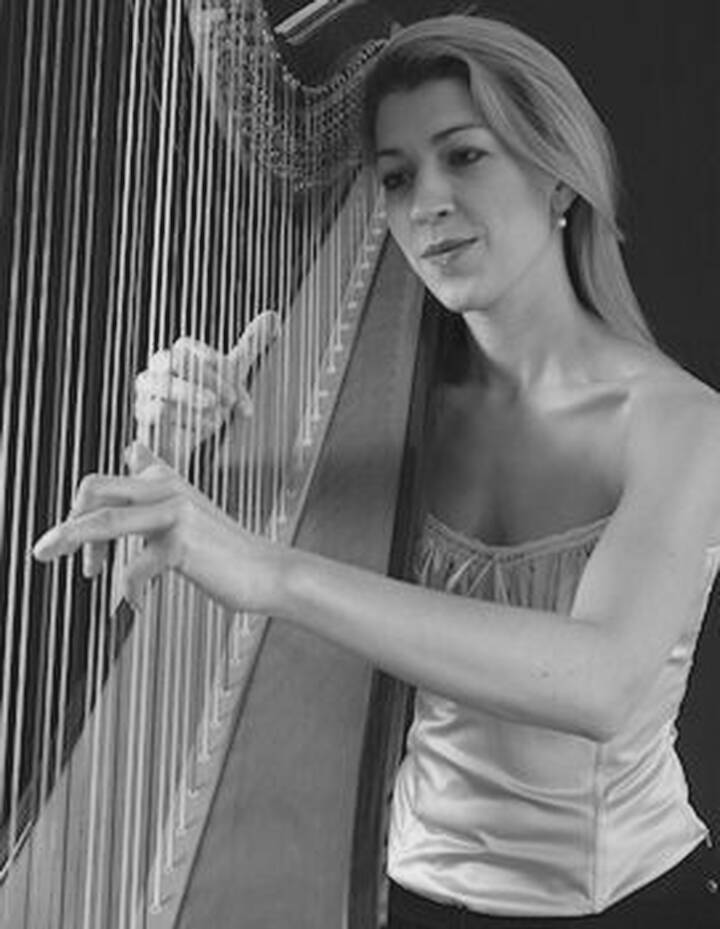 Catherine Beynon began playing the harp at the age of eight and shortly afterwards won a scholarship from Surrey County Council to attend the Royal College of Music Junior Department, where she studied with Daphne Boden. She later gained a scholarship to the Royal Academy of Music, where she continued to study with Boden and also Skaila Kanga. Beynon then completed her studies at the Conservatoire National Supérieur Musique et Danse de Lyon with Fabrice Pierre, where she was awarded a DENSM with ‘félicitations du jury’ and completed her postgraduate course with two performances of the Alberto Ginastera Harp Concerto.

She is an extremely enthusiastic chamber musician and has performed across Europe and in Japan with numerous distinguished artists such as Quatuor Debussy, François Le Roux and Lindsay String Quartet, as well as with her sister, flautist Emily Beynon.

Beynon has given solo recitals at Wigmore Hall, Purcell Room, Fairfield Halls and St Martin-in-the-Fields and in September 1997 made her BBC Proms debut in the Proms Chamber Music Series at the Victoria & Albert Museum.

Among Beynon’s numerous recordings, Flute Mystery by Fred Jonny Berg, together with Emily Beynon, Vladimir Ashkenazy and the Philharmonia Orchestra, was nominated for a 2010 Grammy, while her recording of Debussy’s Deux danses with Emmanuel Krivine and the Orchestre Philharmonique du Luxembourg was released by Timpani in 2012.

As a concerto soloist, Beynon has performed with the English Chamber Orchestra, Philharmonia Orchestra, BBC National Orchestra of Wales and London Chamber Orchestra. In August 1999, she was appointed principal harp of the Royal Danish Orchestra and, in May 2000, she made Associate of the Royal Academy of Music in recognition of her distinguished performance in the profession. Beynon was appointed Principal Harp of the Orchestre Philharmonique du Luxembourg in September 2003, a post she continues to enjoy today. 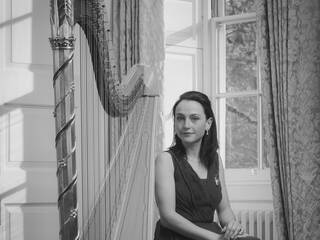 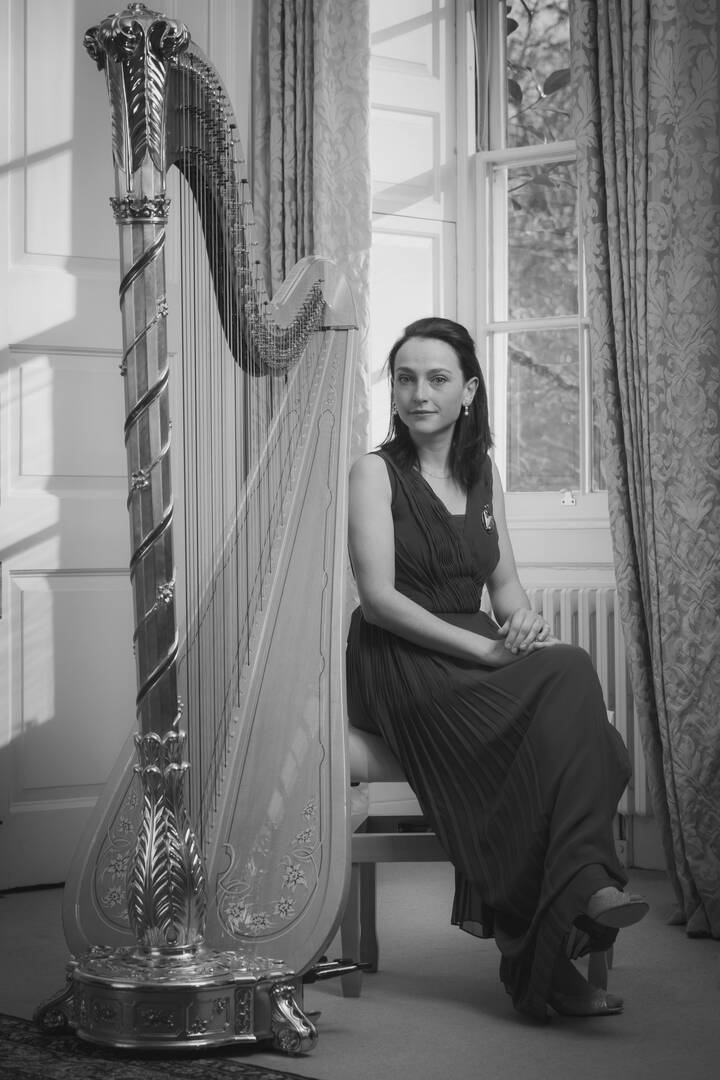 Anne Denholm is one of the leading British harpists of her generation and served as Official Harpist to HRH The Prince of Wales from 2015 to 2019. After starting her harp lessons at school in South West Wales, Denholm studied at the Royal Welsh College of Music & Drama Junior Conservatoire, The Purcell School for Young Musicians, Newnham College Cambridge and the Royal Academy of Music. She received her Master’s degree from the Academy with distinction, studying under Karen Vaughan, and graduating as the first-ever harpist to win the historic RAM Club Prize. In 2020, she was elected an Associate of the Academy.

As a soloist and chamber musician, Denholm enjoys giving regular recitals across the UK and further afield. Highlights include performances for the Wales Harp Festival, Royal Northern College of Music Strings Festival and harp festivals in Bangkok and Colombia. Denholm has also performed across the UK and internationally alongside her flute and harp duo partner, Alena Walentin.

New music is a large part of Denholm’s work; she has been recording and premiering new works for solo harp since 2006 and is a founding member of award-winning contemporary experimental quartet The Hermes Experiment. In 2019, they won the Royal Over-Seas League Mixed Ensemble Prize and their debut album of original commissions, Here We Are, will be released by Delphian Records in July 2020. Denholm has also enjoyed working with the Birmingham Contemporary Music Group and Mahogany Opera.

A dedicated teacher, Denholm holds positions at Eton College and Dragon School in addition to her private teaching. She also hugely enjoys working as an instrumental tutor for the National Children’s Orchestras of Great Britain. 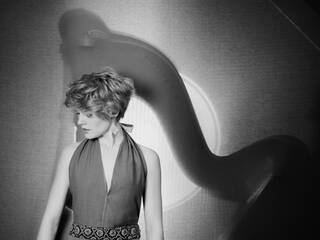 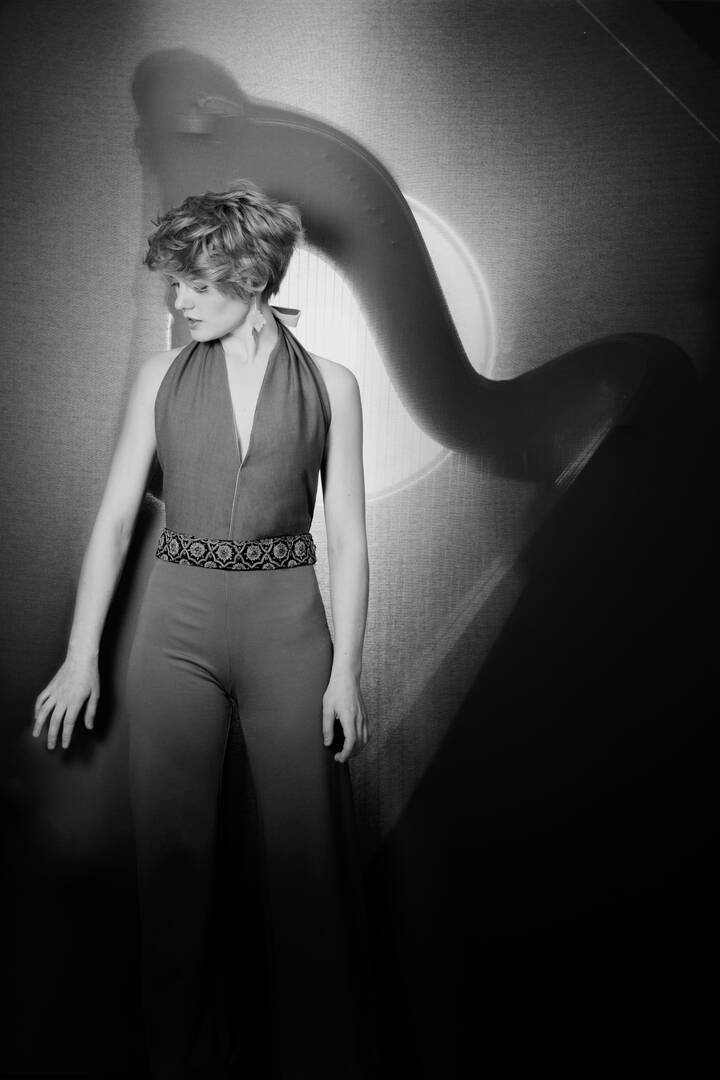 Hoffmann studied with Fabiana Trani in Düsseldorf, Cristina Bianchi in Munich and Skaila Kanga in London, while broadening her education in masterclasses with many renowned harpists such as Fabrice Pierre, Isabelle Moretti, Mara Galassi, Alice Giles, Milda Agazarian and Park Stickney.

She has won numerous scholarships and prizes at various national and international competitions, among them two special awards at the prestigious ARD International Music Competition in Munich in 2016.

In high demand as a chamber musician, Hoffmann has been invited as soloist and chamber musician to festivals such as the Davos Festival and Festival Alpenklassik. She regularly performs with renowned musicians, including Karl-Heinz Schütz, Andrea Lieberknecht or Aleksey Igudesman.

Hoffmann not only chooses her concert programmes with the aim of extending the conventional harp repertoire, but she also constantly works on interdisciplinary concepts. Thus, in 2014, she first performed her theatre concert Odyssey on 47 Strings at the Harp Masters Festival in Switzerland, and in 2017 contributed texts and illustrations to Aleksey Igudesman's album Funny Animals. Her first solo CD, Footnotes, was released in 2018.

Hoffmann is cultural ambassador for the project Casa Hogar, which aims at providing education and a home for young girls in the Colombian crisis region of Chocó. 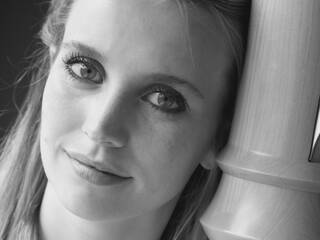 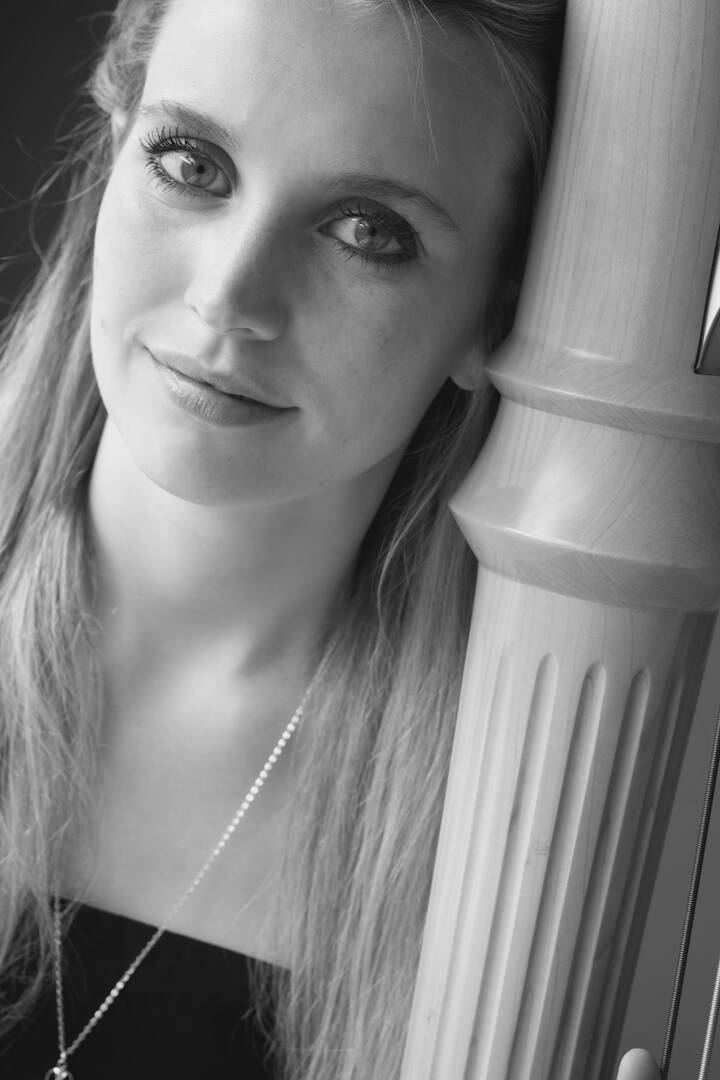 Olivia Jageurs graduated from the Royal Academy of Music’s Master’s course in 2014 after completing an undergraduate degree at the University of Manchester.

In 2017, Jageurs’s harp-writing resource, 15 Second Harp, was shortlisted for a Royal Philharmonic Society Award. The RPS awards, presented in association with BBC Radio 3, are the highest recognition for live classical music in the UK. That year, Jageurs also founded Bach’n Eggs, London’s first series of classical-music brunch concerts, which is regularly listed as one of London’s top pop-up events.

Last year, Jageurs played at Glyndebourne with the Orchestra of the Age of Enlightenment and the London Philharmonic Orchestra and performed Benjamin Britten’s A Ceremony of Carols at Wigmore Hall with Tenebrae Choir.

From 2013 to 2019, Jageurs has played at the Wimbledon tennis championships, entertaining the guests of the royal box before and after the women’s and men’s finals.

Jageurs records remote sessions regularly from her home studio. Since the Covid-19 crisis, she has started a series of concerts every Friday called Harpy Hour, playing audience requests, which now has audience members in the UK, USA, Mexico, Singapore and Ireland. 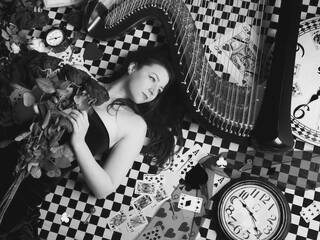 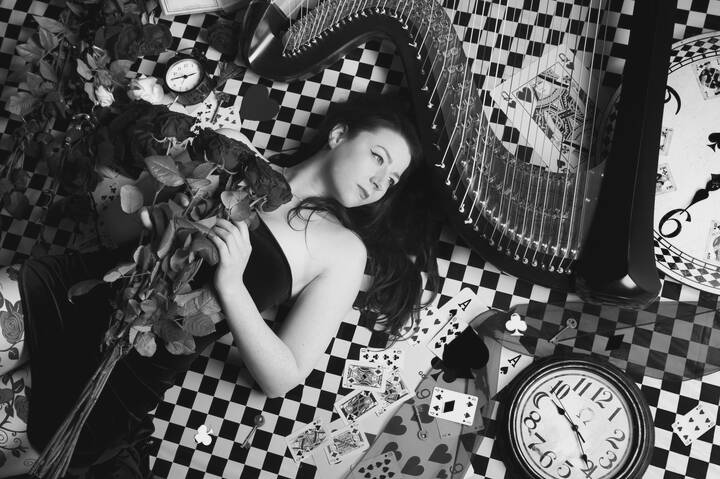 Amy Turk is an arranger, composer, session artist and performer from the UK. She is the most-watched solo harpist on YouTube, attracting thousands of views to her ever-increasing list of video uploads. With special interests in percussion, video-game music, film music and popular music of all styles, Turk has created a unique career path through her presence online, pioneering arrangements for solo harp and ensembles.

Using YouTube as her main platform, Turk has created a worldwide audience for her work, taking the harp out of the concert hall and bringing it straight into people’s homes. Through the use of established and newly discovered extended techniques for harp, she has spearheaded the transformation of the harp into a percussive instrument, and found new ways to encompass a wider range of musical genres, from Vivaldi to Napalm Death. Her arrangements have been regularly broadcast on BBC Radio 3 and shared online through Classic FM.

Classically trained from an early age, Turk has been transcribing music she loves throughout her career, with her first pop arrangement for harp ensemble receiving a world premiere at the Royal Albert Hall when she was 15 years old. While studying for a Master’s degree at the Royal Academy of Music with Karen Vaughan, Turk elected to transcribe and perform JS Bach’s Toccata and Fugue in D minor BWV 565 for her final recital, and a filmed performance of this piece subsequently became one of her first and most successful uploads to YouTube.

In addition to maintaining a regular video upload schedule, Turk writes and performs for remote recording sessions, collaborating with artists across the world from her living room studio space. Her first full-length album, Song of Time, a concept album featuring twenty five arrangements for harp, ocarina, percussion and voice from the classic 1998 video game The Legend of Zelda: Ocarina of Time, is available now for download and streaming. 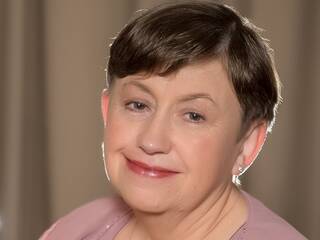 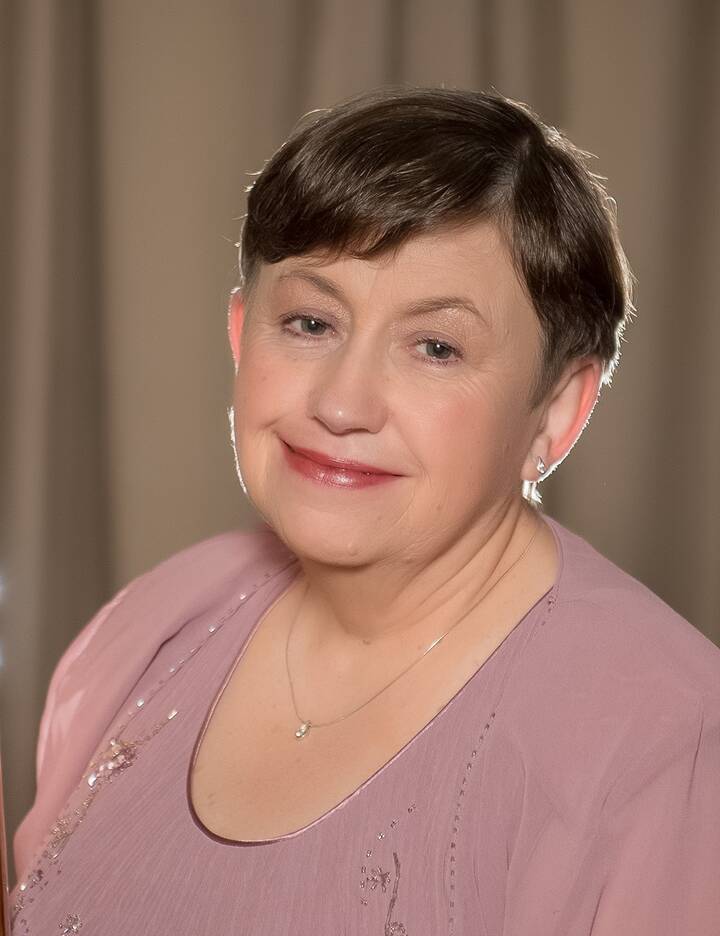 Sioned Williams gained her Recital Diploma at the Royal Academy of Music in 1976, was awarded a Fellow of the Academy in 2003 and is now an Honorary Research Fellow there.

Williams has enjoyed a diverse career, from playing with the London Sinfonietta, London Symphony Orchestra, Philharmonia Orchestra and Royal Opera House; creating her own BBC Radio 4 series, Affairs of the Harp; and playing light music in David Wood’s pantomimes and with the BBC Radio Orchestra; to performing with Richard Burton and Peter Jeffrey, and editing John Parry for Salvi and Bach for Oxford University Press. Appearances at Wigmore Hall, Purcell Room and Carnegie Hall were combined with many years of touring as soloist and with her duos and trios (both instrumentalists and singers).

Williams is Emeritus Senior Fellow in Harp Studies at Trinity Laban, President of the United Kingdom Harp Association and she was the first Welsh board member of the World Harp Congress.