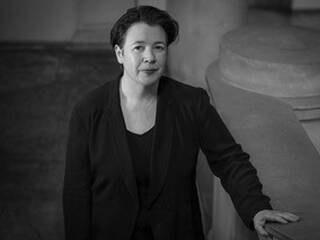 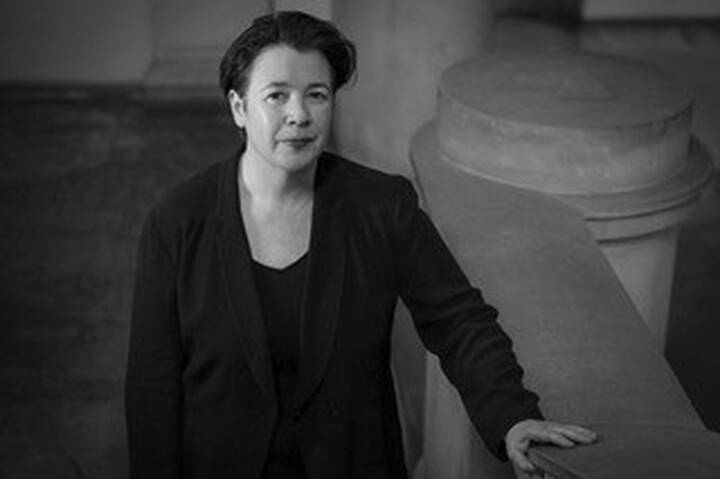 Conducting ‘with spirit and vitality – and musical integrity always at its core’, Andrea Brown has led award-winning concerts and festivals across the globe. She is the Musical Director of the professional ensemble Tippett Voices, Esterhazy Singers, Festival Chorus and Associate Conductor of The Fourth Choir. Andrea works regularly as conductor with other choirs including the BBC Singers, North London Chorus, London Oriana Choir, Borough Chamber Choir and the Southbank Centre’s Voicelab. Recent work includes concerts in Berlin with hortus vocalis, the Czech Republic with Festa Musicale and the critically acclaimed Memorial with Tippett Voices at the Barbican Centre, London.

Andrea is the Head of Choral Conducting at the Royal Welsh College of Music and Drama, leading and teaching on the postgraduate programmes. Recently Director of Music at Morley College, and Head of Teaching and Learning with Surrey Music Hub, Andrea is a passionate advocate for music education. She co-founded the award-winning Women Conductors and Wavelength programmes, both designed to encourage, educate and promote women within the conducting profession. An active member of the Association of British Choral Directors, Andrea chairs jury panels of choral competitions, and holds masterclasses for choirs and conductors in the UK and across the globe. Andrea was the Artistic Director of Various Voices, an international choral festival involving 60+ international choirs performing at the Southbank Centre which was awarded the Inspire mark from the London 2012 Olympics Committee.

Previously, as a professional soprano she has performed and recorded in some of the finest concert halls across Europe including Theatre du Chatelet, Concertgebouw, Barbican Centre, Berliner Philharmonie and the Peristile in Split, Croatia, with ensembles Academy of Ancient Music, Chapelle du Roi and Ex Cathedra.

Andrea very much enjoyed her studies at the Royal Academy of Music, undertaking the Choral Conducting MA as a sabbatical giving her the opportunity and space to further develop technique and skills. She was delighted to be awarded the Alan Kirby Prize for Choral Leadership. She was recently elected an Associate of the Royal Academy of Music in recognition of significant contribution to the field. 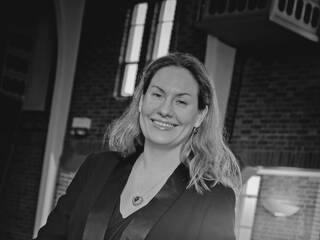 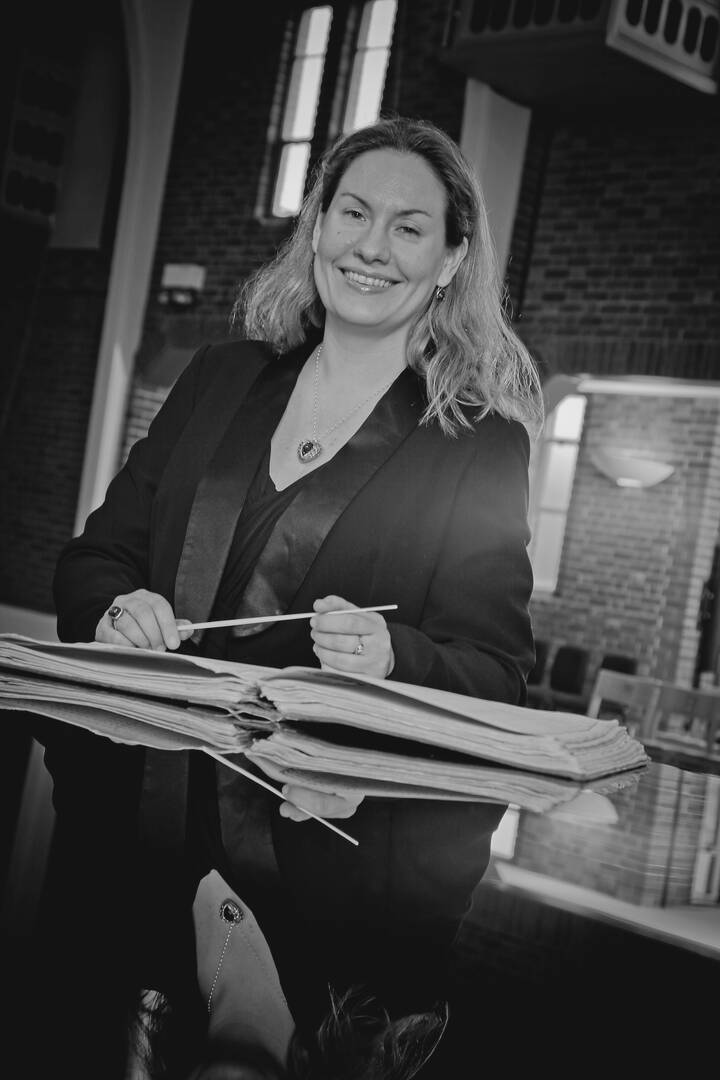 Tansy Castledine is Director of Music at Peterborough Cathedral. Much in demand as a choral conductor and music education consultant, she began her studies at the University of Oxford prior to gaining her MMus in Choral Direction and Church Music at the Royal Academy of Music. Castledine is a Fellow of the Royal College of Organists (FRCO) and in 2013 she was elected an Associate of the Royal Academy of Music for distinguished service to the choral music and education professions. She was President of the MTA (2015-2016), the UK's largest and longest established association of music teaching professionals, and in 2017 gained the National Professional Qualification in Senior Leadership (NPQSL).

Prior to taking up her role at Peterborough, Castledine was Director of Music and Organist at St Mark’s, Hamilton Terrace, worked with Finchley Children’s Music Group and was Visiting Lecturer and Director of the Chamber Choir at City, University of London. She served for eleven years as Director of Music and Organist at St George’s College, Weybridge. During this time she led the Chamber Choir to double national success becoming the BBC Songs of Praise Senior School Choir of the Year and Barnardo’s Senior Choir of the Year and recorded several highly acclaimed CDs. She has broadcast on BBC radio 3, 4 and World service in addition to working on television shows on ITV and Channel 4. Conducting engagements have included concert performances at the Barbican, Royal Albert Hall, and St Martin-in-the-Fields, in addition to concert tours across Europe and to the East and West coasts of America. Additionally, she has worked for the Royal School of Church Music (RSCM) as a Course Director and Singing Examiner, and for the Royal College of Organists on the TOSE Course as the Choral Direction Tutor.

Castledine is also the Musical Director of Peterborough and Ramsey Choral Societies and currently serves on the Executive Committee of the Church Music Society. 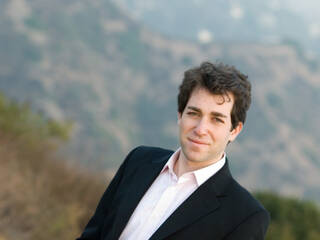 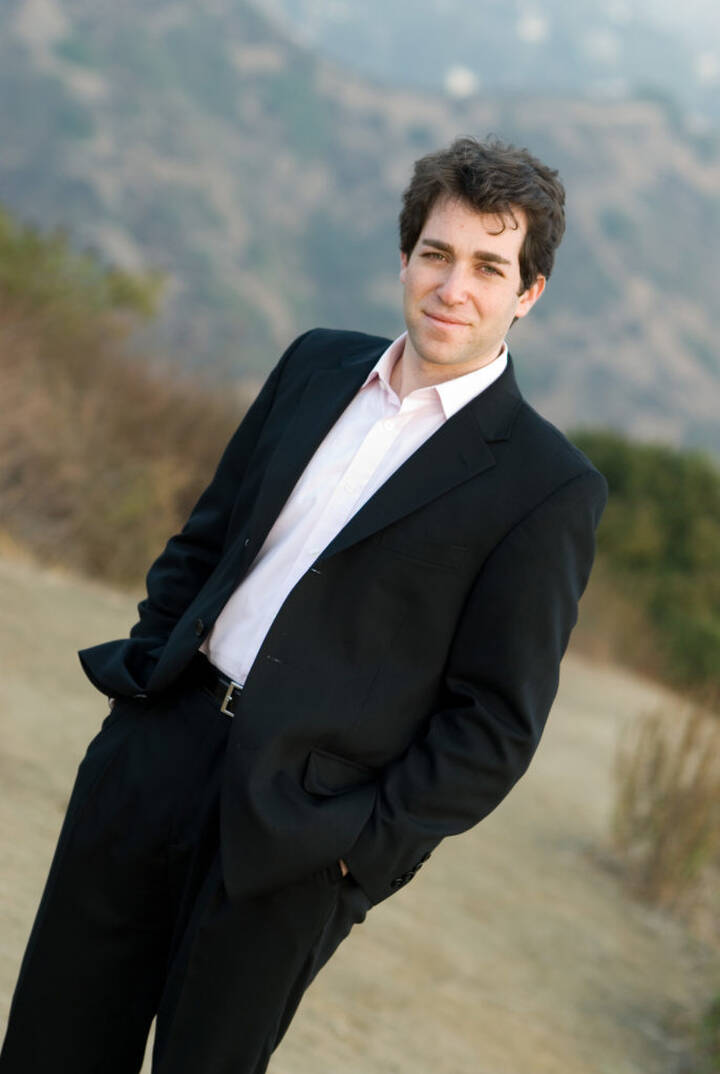 Conductor Steven Fox has been called ‘visionary’ by BBC Music Magazine and named ‘a conductor to follow’ by Seen and Heard International. Of a recent performance with The Clarion Choir, The New York Times praised his ‘deft guidance’, commenting: ‘Mr Fox revealed the drama of the score with vivid dynamic shadings … Intonation and pacing were exemplary throughout the performance.’ For his recording Kastalsky: Memory Eternal with The Clarion Choir, he was nominated in the category of Best Choral Performance at the 61st Grammy Awards.

Fox is Artistic Director of New York’s renowned The Clarion Orchestra and The Clarion Choir. Over his tenure, the group has expanded its repertoire from Salamone Rossi to Aaron Copland. He has led the group in highly acclaimed performances at the Brooklyn Academy of Music, White Light Festival at Lincoln Center, Miller Theatre at Columbia University and Carnegie Hall. He continues to lead them in concert appearances throughout the New York metropolitan area and recently conducted a new production of Mozart’s Die Zauberflöte for Opéra de Québec. 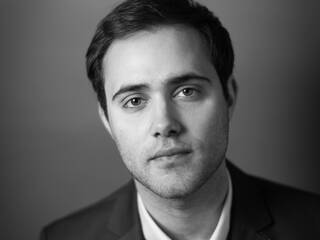 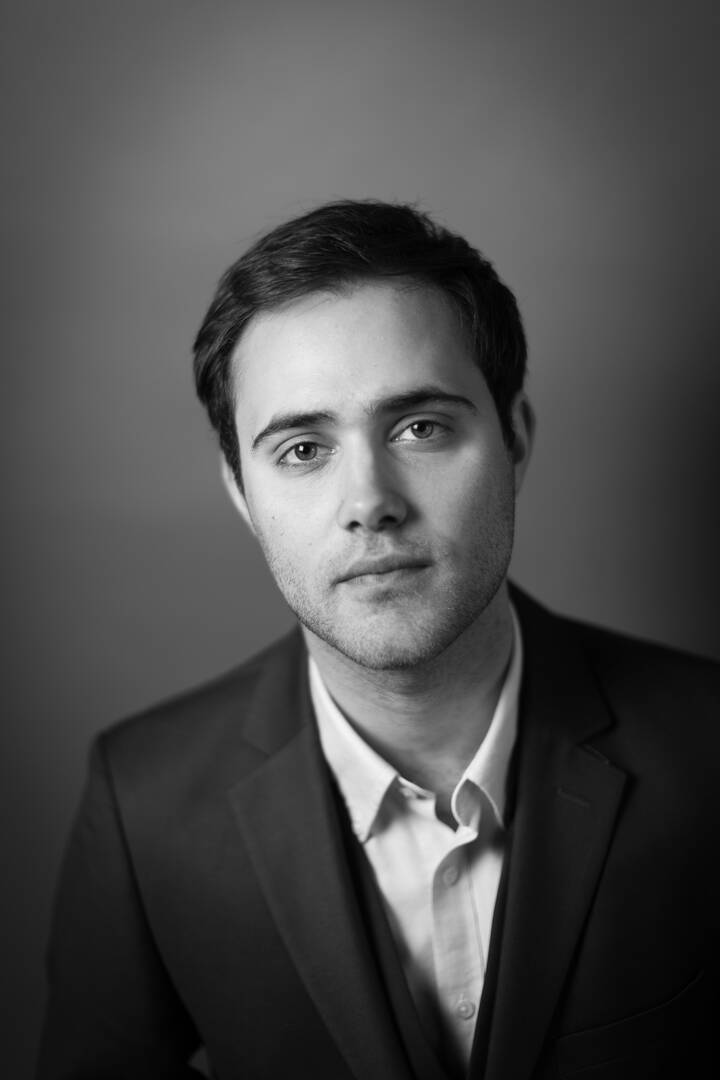 Robbie Jacobs studied music at King’s College, Cambridge, where he was the senior choral scholar, and holds a Masters in Choral Conducting from the Royal Academy of Music. He is the Co-Artistic Director of contemporary vocal ensemble, Reverie, and has held positions as Acting Artistic Director of the London Youth Choir, Chorus Master of the National Youth Choir of Great Britain, Musical Director of The Resonance Project, and a lecturer in Choral Skills at the Royal Academy of Music. Jacobs was the inaugural conducting scholar for Genesis Sixteen, where he studied with Harry Christophers and Eamonn Dougan. As an educator, he has worked extensively in the UK, with the Royal Opera House, Three Choirs Festival, The Rosehill Theatre and Ledbury Poetry Festival, and is an ambassador for the Teach First program. He is currently the Director of Artistic Programming for Boston Children's Chorus. 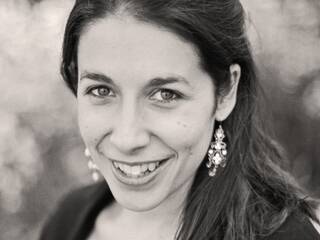 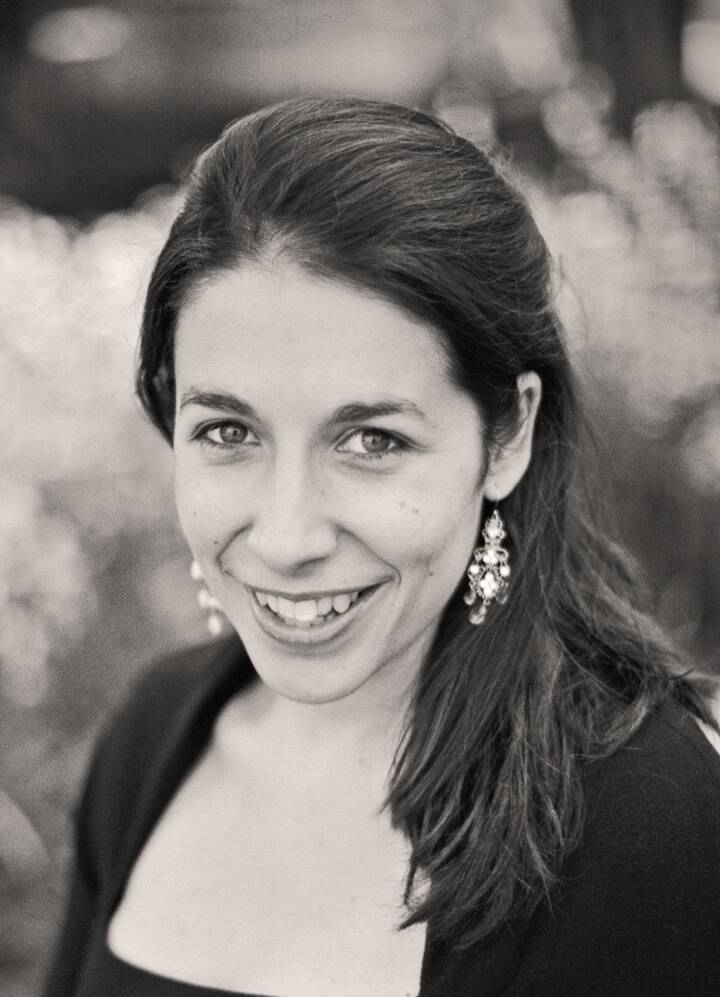 Rachel Staunton is Artistic Director of the London Youth Choirs (LYC), which she co-founded in 2012 with Suzi Digby. Having gained a first-class honours degree in music at Royal Holloway, University of London, Staunton continued her studies at the Royal Academy of Music with Patrick Russill, graduating with numerous awards and an LRAM in Choral Conducting. She held the post of Vocal Director for In Harmony Opera North (Classic FM’s Music Education Project of the Year 2014) and spent several years establishing the Opera North Children’s Chorus. Staunton has also worked as a conductor with the National Youth Choirs of Great Britain for over a decade. In 2014, she was made Associate of the Royal Academy of Music, in recognition of her contribution to choral music and work with young people. Staunton is passionate about using choral music to inspire young people from all backgrounds and dedicates her career to this mission. 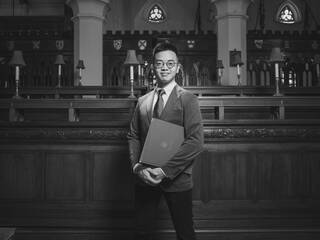 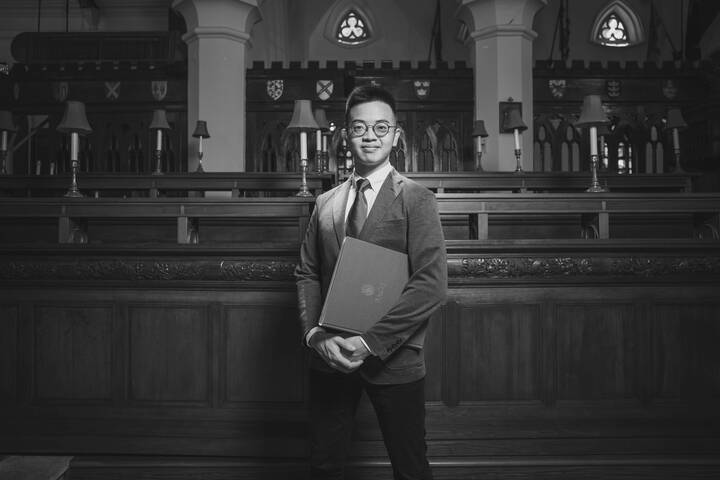 Yeung is an Associate of the Royal Academy of Music, where he obtained an MMus with distinction under the tutelage of Patrick Russill and Paul Brough. He was awarded the Academy’s coveted DipRAM for outstanding performance in his final recital and has obtained the LRAM diploma in Choral Conducting. Upon finishing his graduate studies, Yeung became the first Pettman Organ Scholar at the London Oratory. Yeung read music at The Chinese University of Hong Kong, where he was also Music Director of the Hong Kong Youth Choir.