Your support is incredibly important to the Academy, and we are delighted to recognise your gifts through our Giving Circles, including the Patrons Programme. With your gift of £100 or more, we invite you to enjoy priority booking for our events, personalised updates about the impact of your gift, and access to our facilities, including the Museum and Library.

‘The Royal Academy of Music has become my second home. I know of no other institute of learning that is so welcoming to members of the general public. It is wonderful to see how students are nurtured and one can feel the very vibrant atmosphere within its four walls. I am happy to support the work of the Academy.’

Tickets are always made available to patrons before they go on general sale. On these days, the Box Office is open from 10am to 4pm, by telephone on 020 7873 7300 and in person. See How to book for details.

We invite you to join our ever-growing community of patrons to support us in our mission: to create the music that will move the world tomorrow.

The cost of training a young musician comes at a premium and we are building a bedrock of loyal supporters who enjoy sharing in our success, helping young artists and being part of the Academy family.

As a thank you for their support, our patrons enjoy priority booking for the Academy’s full range of over 100 concerts per term, as well as special benefits such as open rehearsals, patrons’ events and access to the Academy’s Museum and Library.

If you are a British taxpayer, please don’t forget that by donating via Gift Aid, you can increase your gift by 25%. We hope you choose to play a role in the future of the Royal Academy of Music and its students. We look forward to hearing from you.

The Royal Academy of Music is a registered charity, no 310007.

We are grateful to the 920 donors who made gifts in 2017/18, including 503 donors who made their very first gifts to the Academy. The impact these people have had – and will have – on the life of our students is extraordinary. These are a few of their stories.

When Jeffrey thinks about the Blitz, he thinks not of bombs or fire but of a piano.

In the last few months of the Second World War, Jeffrey’s parents evacuated him to a quiet town in the North. Two young women in the house played the piano, and Jeffrey remembers waking up to the sounds of fingers on keys. This kindled a love of music that he has never lost. ‘It was a great comfort for me, a very great comfort,’ he says.

Since then, music has been an important part of his life. Jeffrey has been a generous donor to the Academy for more than 20 years.

‘One of the things that keeps me young is mixing with younger people. The Academy just has a vibrancy – I feel it every time I come here. The enthusiasm and energy are infectious. There’s such talent here. The music never fails to transport me.’

To John, the opening of the Susie Sainsbury Theatre was a ‘dream come true’. For a lifelong musician and president of the London Chamber Orchestra, as well as trustee for the Philharmonia Orchestra, that is really saying something. John believes that the Academy sets the highest standards for music education in the world, and this has led him to support the Academy through the John Wates Charitable Trust since 1999.

‘It is an environment that has nourished some of the most exciting musicians and singers I know. And the area that I know most about – brass – has outstanding teachers.’

George describes himself as ‘pro music’, which is an understatement. A singer himself, he has supported the Academy for many years, first as a governor, then as an audience member and generous donor. He was one of the first people to support the Principal’s Fund, which aims to offer support to every qualified student who needs it.

‘Having such a distinguished set of musicians as staff allows the Academy to pass on very high standards to the students, which is a special strength. But the coverage is also very good, from Junior Academy right the way through to postgraduate study. That, plus the wonderful concerts – the Academy’s got the lot, I think.’

If you would like to hear more about how you can support the Academy, please contact Kurstin Finch Gnehm, Deputy Director of Philanthropy, on +44 (0)20 7873 7425 or kgnehm@ram.ac.uk. 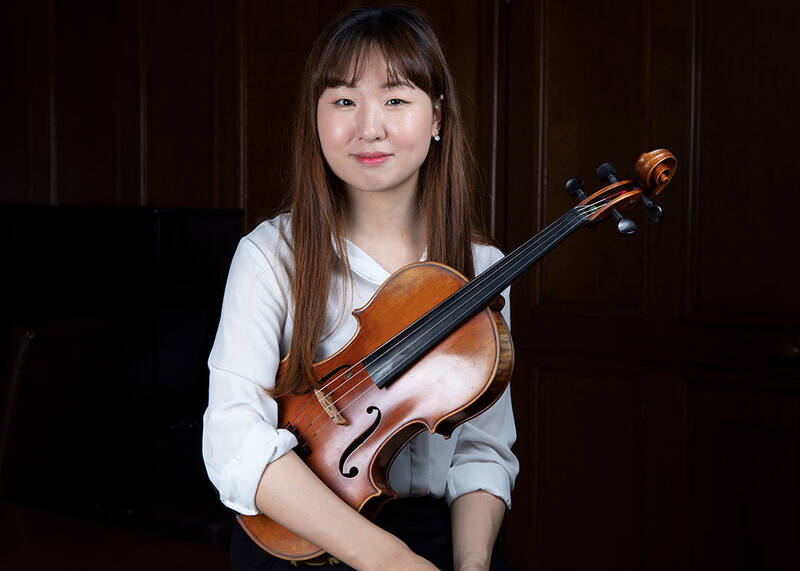 ‘It was a huge step to study overseas – I am from New Zealand and my parents have always been so supportive of my musical career, but they are not able to help me financially. It is an absolute privilege to live and study in London. My scholarship truly means so much to me and my family.’

Julie graduated with a Bachelor of Music with first-class honours from the University of Auckland, under the tutelage of Stephen Larsen. She is currently studying for a Master of Arts in Viola Performance at the Academy with Martin Outram.

Julie has performed at various respected events, including the coronation of King Tupou VI of Tonga in 2015 as a New Zealand representative, and has recorded with Atoll Records with her ensemble, the Strata Quartet. In 2019, she was nominated to perform with Lucy Crowe and Patrick Messina at the Principal’s Fund launch concert at the Academy. 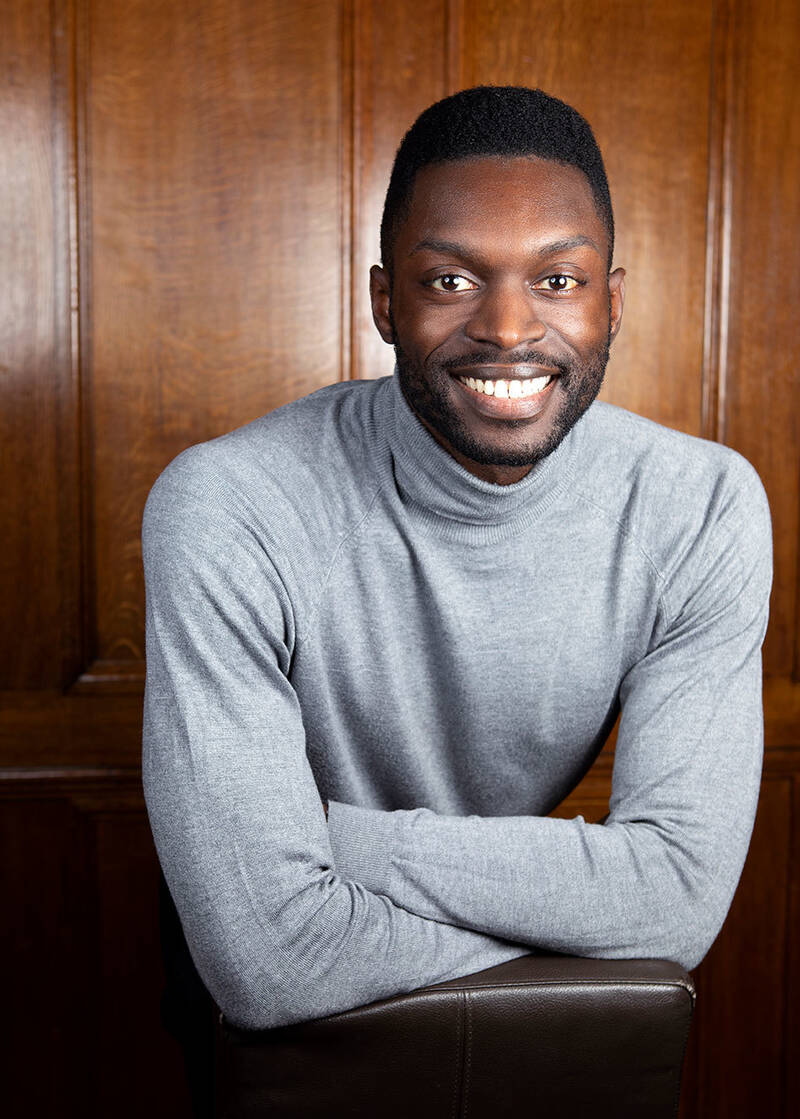 ‘Musical theatre has given me purpose in my life. Being surrounded by the best pushes me to be the best I can be. Having the chance to train in a leading conservatoire with the best teachers, many of whom work in the industry, including in the West End, is the perfect way to enhance my skill set and develop my craft. Without my scholarship, I would not have been able to afford to study at the Academy.’

Samuel Sarpong-Broni received the Mackintosh Foundation Scholarship to study Musical Theatre at the Royal Academy of Music. He enjoys songwriting and performing his own material. He is also a passionate dancer and actor. He is keen to explore his talents and embrace opportunities on stage, television and film. 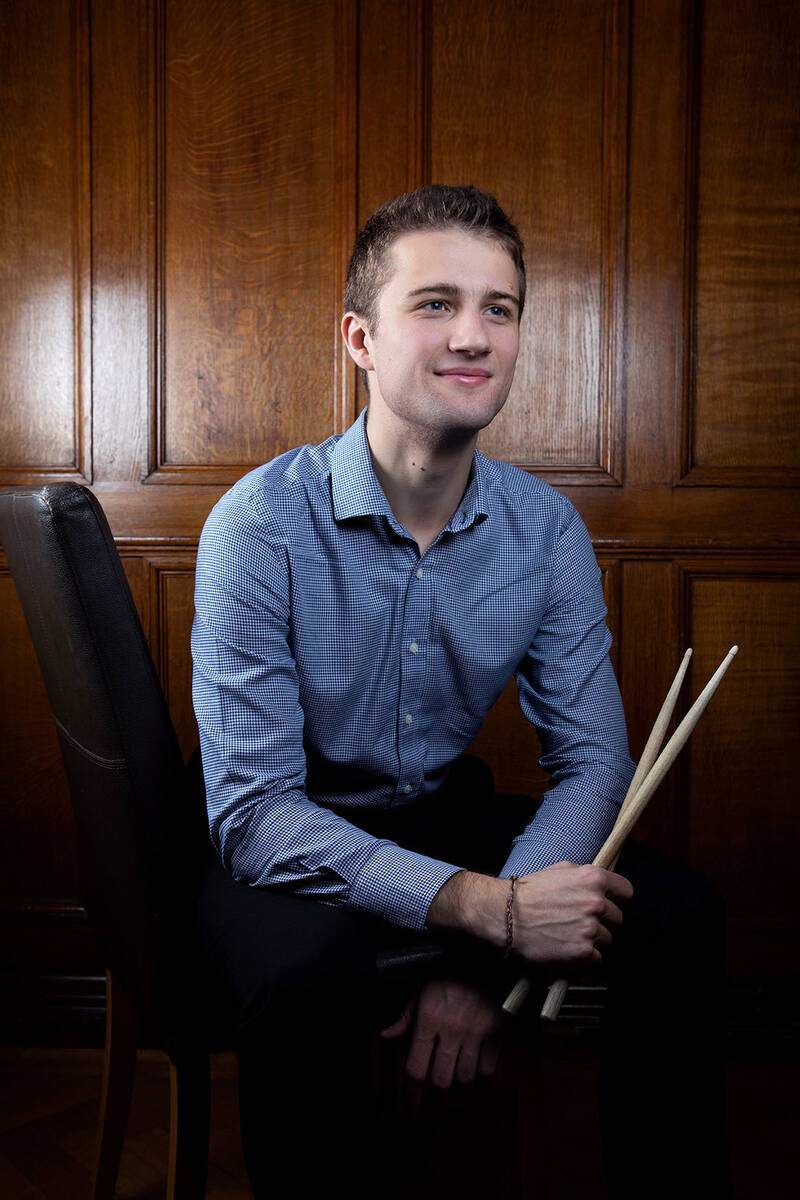 ‘Given the intensive nature of my course, it has been a real privilege to receive financial support. By helping to overcome my shortfall in funding, you have afforded me valuable time to focus on my studies – time that would otherwise be taken up by a part-time job to support the cost of my fees and living expenses. I am thankful that the Academy and its network of donors have enabled me to pursue a professional career in music.’

Luke is an award-winning drummer and composer currently studying for a Master of Arts in Jazz Percussion at the Academy, under the tutelage of Martin France, Ian Thomas, Jeff Williams, Jim Hart and James Maddren.

As a composer, Luke has garnered public acclaim in both jazz and contemporary classical spheres, having won the 2018 Dankworth Prize for Jazz Composition and the 2017 Compass Composition Prize in association with BCMG, which led to a new commission for the 2018 CrossCurrents Music Festival.

To support students like Julie, Samuel and Luke, please make a gift to the Principal’s Fund.

Our Donor Charter outlines our commitment to treating our donors with care and consideration, and using donations effectively and as they were intended.

You can read our full Donor Charter in the Your Privacy section, left.

If you have any questions about your gift, please contact Kurstin Finch Gnehm, Deputy Director of Philanthropy, on 020 7873 7425 or kgnehm@ram.ac.uk.