Seven cellos from the Royal Academy of Music’s collection 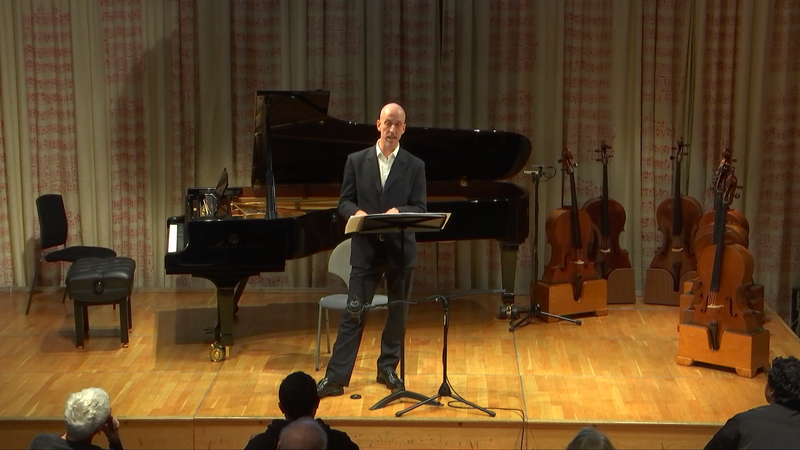 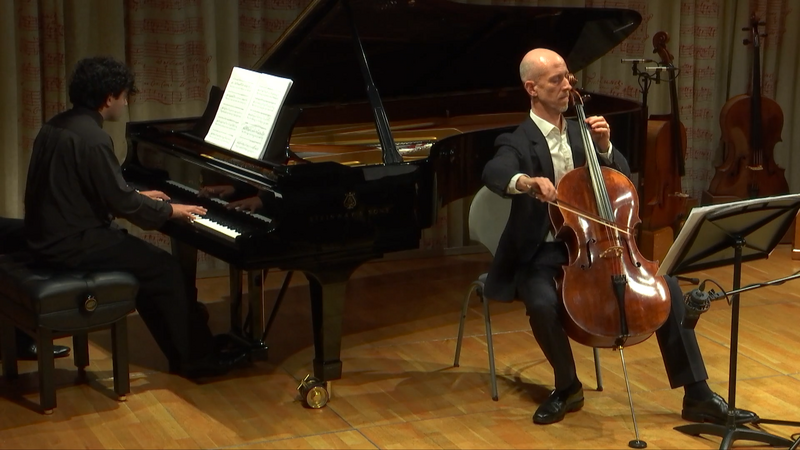 Each of the seven ricercars is performed on a different cello from the Royal Academy of Music’s collection. Click the movement title to watch the performance or click on the names of the makers below for more information about the instruments on our museum website. 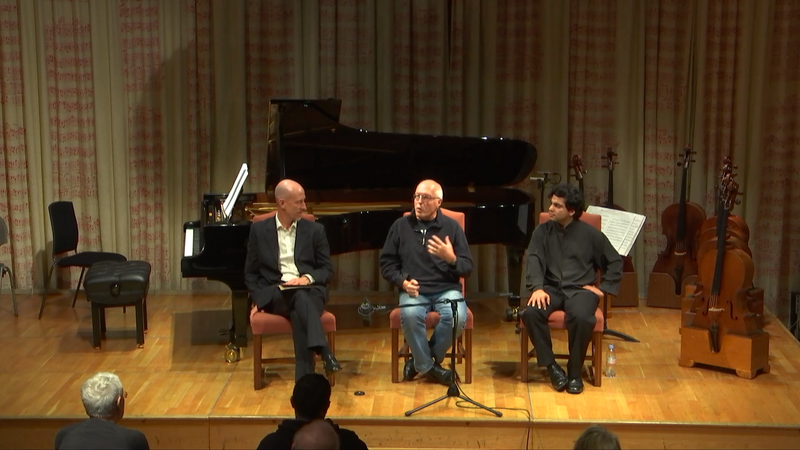 The Ricercari were written during 2012 and 2013. They arose from a collaboration between Southampton University (UK) and the Chi Mei Foundation in Taiwan, at the initiative of Dr. Tom Irvine. They are published by Verlag Neue Musik (2016). The Chi Mei Foundation owns a large collection of outstanding string-instruments, including a magnificent Amati Violoncello made for the wedding of Marie de Médicis, a mother-of-pearl inlaid Violin belonging to Sir Edward Elgar, and numerous glories by Stradivari, Vuillaume and other world-famous makers.

The piece is conceived as a series of seven conversations between an antique ‘cello and a modern piano, the topics of their discussions being:

I — general allusions to Bach’s unaccompanied Sarabandes and Gigues, and to the études of Duport;

III — Giovanni Gabrielli’s 5th Ricercar (c.1687–91) and the Presto from his Sonata in G major, also more generally to Vivaldi and Venetian folksongs;

One of the challenges of Michael Finnissy’s music – for performer and audience alike – is that it asks for a kind of engagement that is quite different to habitual ‘listening’. The choice of the title ricercar for these pieces, which implies a process of research or discovery, is critical. Although there is, on the one hand, a very clear sense of the core of the kind of ‘cello’ Michael is building in these pieces, and his interaction with old repertoire is a critical part of this; on the other hand, I don’t feel that these pieces present or project something that can simply be observed. Instead, I feel them as opening possibility fields for things to be revealed: the more I have worked on these pieces the more I discover.

Michael made it clear that it was my job to map particular cellos from the Academy’s collection to the individual ricercars and I spent three sessions with them prior to this recorded performance. Each cello was played as I found it, rather than fitted up as I might do if it were my own, or, indeed, if I had it on loan.

The first session was a quick play some six months before the event on a large group of instruments in the workshop simply to check that we would have seven accessible instruments that would be suitable for the piece and that wouldn’t be too difficult to adjust to ‘on the spot’. Having made a rough list of possible instruments Zubin Kanga and I then met to rehearse and we spent an afternoon mapping instruments to ricercars. This was surprisingly easy. Zubin was quite vocal about things that weren’t ‘interesting’ to him and we quickly moved from thinking about what might be ‘viable’ to hunting instead for things that were curious and suggestive.

After making an initial map that day we had an extended workshop session with Michael a couple of months before the performance which raised a lot of interesting issues; however, we didn’t feel the need to actively discuss the mapping process. Having heard some of the things Michael had to say about sources for the pieces it occurred to me I could switch some of the instruments around but I have kept to my original plan, simply because it felt right. I was only able to access the instruments again on the day, with just enough time to try them briefly before the performance

I selected two explicitly Stradivarian instruments: the Vuillaume (the rationale behind this comes up in the lecture) and the Grubaugh-Seifert (which is effectively a response to the Academy’s ‘Marquis de Corberon’ Stradivari cello, once played by Zara Nelsova).

The two 17th-century instruments have been altered in size to make them more like the ‘ideal cello’ of the 18th-century: the Brescian instrument (Rogeri) has been enlarged, and the Cremonese instrument (Rugeri) cut down. The Academy doesn’t have a Venetian cello from the ‘golden period’ in the collection, but given some of the things Michael said about his music I was delighted when Barbara Meyer (the Academy’s instrument custodian) proposed the Degani as a possibility — although you may notice it’s not being used for the barcarolle-like music...

Perhaps the most interesting Academy link is in the Forster, which is a very personal combination of Amati (body, f-holes) and Stainer (head) features.The cellos of both ‘Old’ Forster (the one here) and his son had a staunch and powerful advocate in the great English cellist Robert Lindley, who was appointed the first cello professor of the Academy at its foundation in 1822. It seems very likely that this was one of the instruments he played.

The central question for the pianist in Chi Mei Ricercari is: what ‘instrument’ am I? Occasionally I ‘accompany’ in the manner of most cello and piano sonatas, with the piano creating a texture above and below the cello line (such as in the 5th and 7th movements). However, for the most part, I am more like another cello (or a parody of a cello), with the texture sparse and occupying a cello’s tessitura, intertwining and competing with the ‘real’ cello. This use of the piano as another type of cello raises questions of balance and priorities of foregrounding that remained in play at every rehearsal and performance. Should the piano get out of the way, merely providing a context for the unique sound of each cello to be highlighted? Or should I be more proactive in creating active dialogues with each of the cellos? Should I be a single ‘voice’, a character, as Finnissy describes it, sitting at the airport lounge, conversing with a series of friends who drop by? Or should the pianist be a different character for every movement, creating an analogously differentiated sound for each movement as the choice of different cellos allows?

There are also many decisions to be made regarding the treatment of the many diverse musical materials. Like most of Finnissy’s recent works, Chi Mei Ricercari is full of references to music of the past (canonical repertoire as well as barely known esoterica) and these are transformed and combined in ways that subvert the harmonic and dramatic structure of the originals. The basic question of how much to articulate these often very subtle references is a dialogue I have had many times with Finnissy over successive collaborations — my natural desire to highlight these references is resisted by Finnissy, who finds this ‘trainspotting approach’ (as he calls it) rather unsubtle. In Chi Mei Ricercari, this question is complicated by the varying distribution of these materials across the 7 movements and the use of a different cello for each movement. An interpretation that aims to make the sound of each movement distinct (to match the distinct change of colour between the cellos) is confounded by the constant reappearance of similar material and forms. Two gigues appear across the movements, as well as three fugues and four chorales.

Finally, the cellos themselves present a unique challenge for the pianist. Neil and I chose the cellos based on which movements would highlight their particular sonic ‘grain’ and distinctive quirks. These qualities changed in every space, and all the above questions of instrumental roles and musical hierarchies needed to be reassessed and recalibrated on each occasion.

These challenges are what draw me to the music of Michael Finnissy. The tangle of resistances can never be completely unravelled, and they both spark and necessitate the constant regeneration of creative input with every performance.