The Maria Björnson Fellowship in Theatre Design has been established by the Academy’s Musical Theatre Company in partnership with the Maria Björnson Memorial Fund, to continue the legacy of the widely acclaimed theatre, ballet and opera designer.

Maria Björnson, who was best known for her costume and set design for The Phantom of the Opera, was passionate about supporting the next generation of theatre designers, and the Fellowship established in her name gives one promising early- to mid-career theatre designer the opportunity to work collaboratively with the Company on designing the set and costumes for their two end-of-year productions. From the white card meeting through to the final iteration of the costuming and staging, the fellow is an integral part of the core production team.

The inaugural Maria Björnson Fellow, Emma Bailey, is especially grateful to the Academy and the Maria Björnson Memorial Fund for creating a fellowship to foster new talent, which she says is especially welcome in an industry that had been quite beleaguered over the past year.

‘Maria Björnson was such an inspiring designer. She dedicated her whole life to theatre and stage aesthetics, and she was an amazing patron of the arts. I’ve always admired the way she worked and the ideas she had. They’ve really stood the test of time, with many of her original concepts still playing in the West End. Not many designers can say that, so to be associated with Maria Björnson’s legacy is a privilege.

‘To be able explore your creative ideas with a fully dedicated team is amazing. The students were so open-minded and receptive to new ideas, and their level of music knowledge was really impressive. When I delivered my final presentation, there was a lot of interest and engagement in what I was saying and where my ideas had come from.

Emma’s fellowship included creating the sets for two distinctly different productions: Urinetown, a satirical musical comedy the explores themes such as capitalism and the consumption of natural resources, and The Wedding Singer, which is based on the popular 1998 film of the same name.

‘Urinetown is really Brechtian in the sense that you could have a lot of stuff on stage, but the true story can be told without a lot of props. The true power comes from the ensemble pieces and the way they are singing on stage and interacting with each other. The piece doesn’t need huge sets and there aren’t that many costume changes, so it was really about focusing on the stage essence, which was interesting.

‘The Wedding Singer is completely different; it’s filmic, which means it’s set in dozens of locations, there are lots of props, and 1980s weddings were full of energy and excess, so I really had to serve that in a very different visual language.’

Having completed her fellowship at the Academy, Emma is refocusing on several projects that had been put on hold during the pandemic, including seeing her set design come to life for the West End musical, Six.

‘My hope is to be able to continue collaborating and making fun stage shows in musical theatre and opera, and across all types of creative work,’ says Emma. 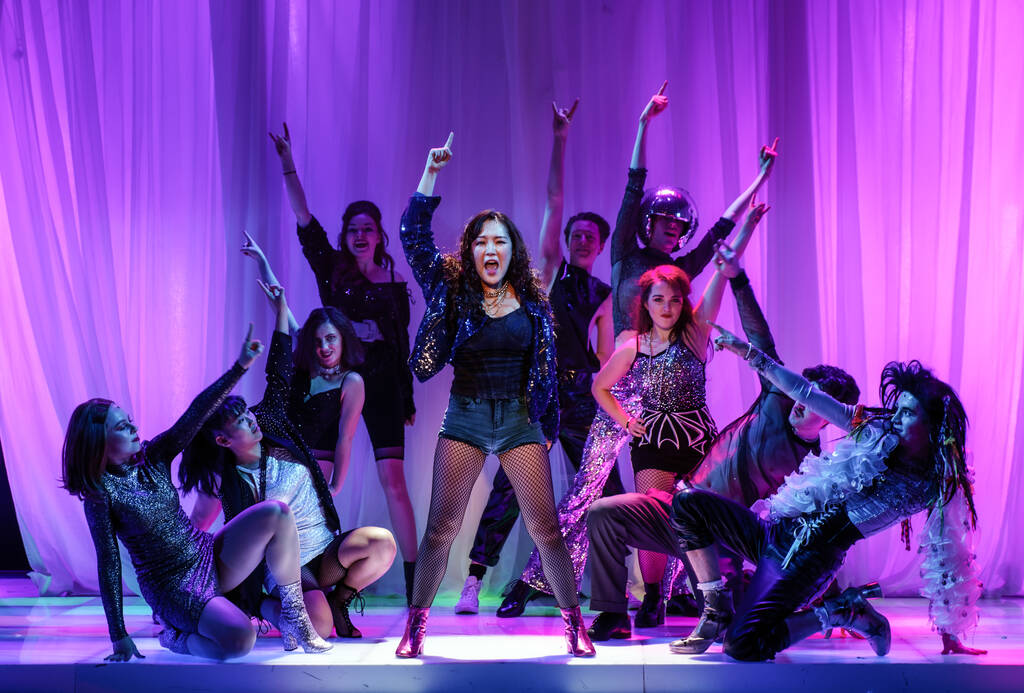 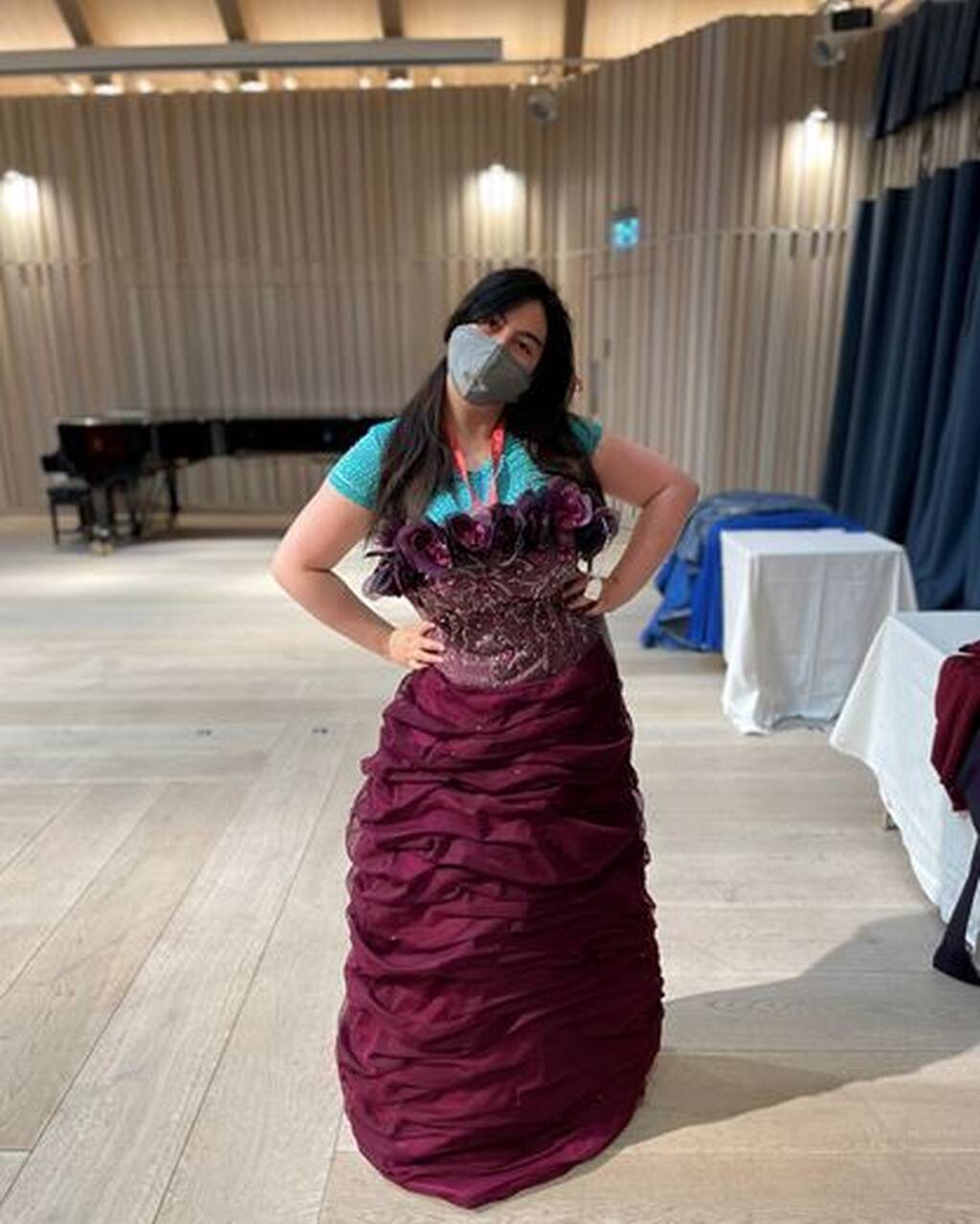 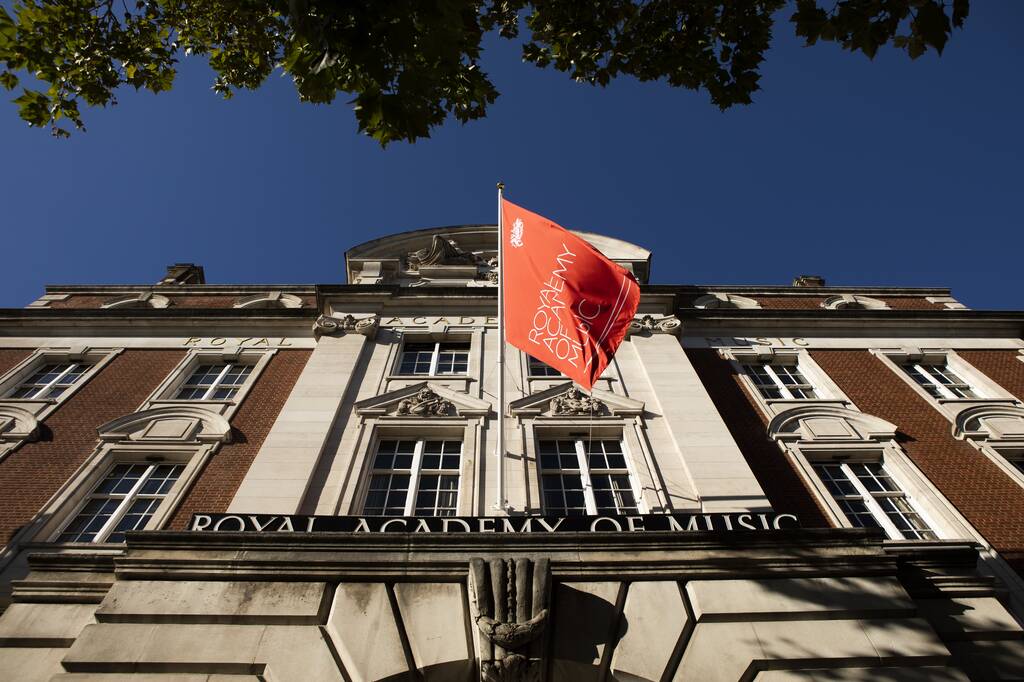 Remembering Mac: The Suresh and Richard McMillan Scholarships for Music and Opera