The juxtaposition of departmental offerings is one of the great treats at the Academy – and why our diary of events is widely considered ‘non plus ultra’ in our sphere.

Those are the words of the former Dean of The Juilliard School, not mine! You can move from the spiritual loftiness of a Bach concert in our Sunday series and then the next day find yourself in the foothills of a John Wilson rehearsal: a week-long orchestral journey through the peaks and troughs of Tchaikovsky’s ‘Pathétique’ Symphony. And in between, there’s the legendary bass player, Dave Holland (one of Miles Davis’s famous colleagues), working with our brilliant jazz musicians on a project in the Susie Sainsbury Theatre.

My first entry in this week’s playlist is, perversely, the last concert we gave in the 10-year cycle of complete Bach Cantatas – which we’ve now re-imagined with ‘Bach the European’. It especially celebrates the remarkable in-house kappelmeister of that series, Iain Ledingham. Although he was joined by Ton Koopman, John Butt, Philippe Herreweghe, Masaaki Suzuki and Sir John Eliot Gardiner, the bulk of the work was done by Iain – and what a legacy he left. So, here’s the last chorus from the last movement of the last cantata of the Christmas Oratorio in the last ever concert of over 200 cantatas, which started in 2009 and finished in 2018. 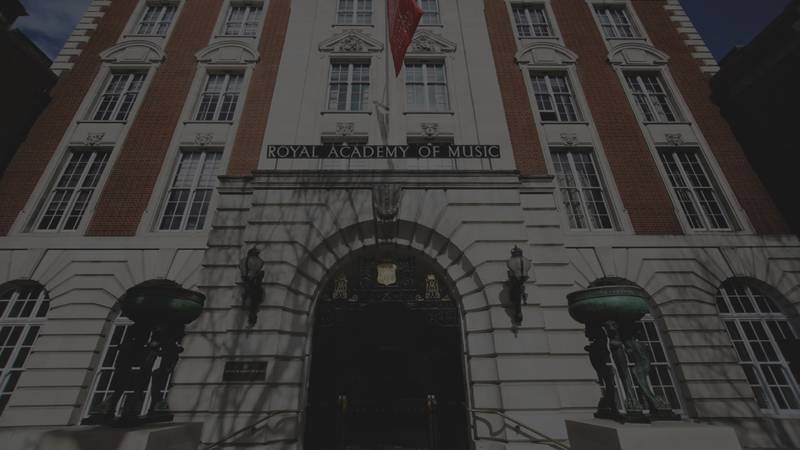 Immersion is always the name of the game with John Wilson. He’s a superb trainer and a wonderfully committed musician who focuses his weeks at the Academy on how students must attend to detail before they aspire to reaching the artistic heights. You can hear this in his own orchestras, whether the John Wilson Orchestra or his newly revitalised Sinfonia of London. John has a passion for string sound, silky but also shining and intense, and changeable – inspired by a loving appreciation for the great string playing of the past (whether Szell and Cleveland or Barbirolli anywhere). He conveys to students how we can ‘up the stakes’ and aim towards the habit of going as far as we can into the heart of the music. The students pick all this up, and absolutely love the experience, but by the end of Friday evening they are exhausted! The Scherzo of Symphony No 6 was also chosen for the selfish reason that it’s the earliest piece of music I remember my father playing on his reel-to-reel tape machine!

For someone who is neither a composer nor an improviser, I always have a special admiration for our amazing jazzers at the Academy. They have a personality, individually and collectively, which these great visiting luminaries around them enable and inspire from project to project. Here, Chris Potter and Dave Holland switch on the creative lights and the students just fall in like old pros. Inspiring stuff.

‘Make Believe’, by Dave Holland, is worth watching for its sheer variety and freshness