Violin student Charlie Lovell-Jones is a Bicentenary Scholar with a passion for performing pieces by composers who have traditionally been under-represented in the world of classical music. Here, we talk more with Charlie about his journey to the Academy and the opportunities he has experienced during his first year with us.

How did you find out that you were a Bicentenary Scholar, and what was your reaction?

I was offered a Bicentenary Scholarship on the spot in my postgraduate audition. I was overjoyed, particularly as it was a 9am audition! I came down to London from Oxford the night before and stayed with my brother (who also studied at the Academy). I’d decided to play one of the most difficult pieces I could get my hands on, Ernst’s solo violin arrangement of Schubert’s Der Erlkönig, and was looking forward to the challenge of auditioning with this piece, along with the Sibelius Violin Concerto. I am still so glad it went as well as it did! After I’d played, the panel told me about all of the amazing support the Bicentenary Scholarship offers.

I remember leaving the room and telling my pianist and the student helper about my offer of a Bicentenary Scholarship and seeing a huge smile spread across their faces. My pianist’s mother studied at the Academy as well, and she had heard about the Bicentenary Scholarship. She had told my pianist that she hoped I would get one, so she too was thrilled – as were my own parents!

I had at that point applied to several other major conservatoires internationally, but neither of them offered such incredible development opportunities as the Bicentenary Scholarship. So many opportunities have already been sent my way at the Academy because of it, and I am so grateful for the scholarship and all that it entails. It feels like I am a significant step closer to realising my lifelong dream of a solo career.

Why is a recording opportunity with Linn Records significant?

A professional recording is extremely important for building a profile, but it is rarely a financially viable option for a young musician. I certainly would not be able to afford a debut recording were it not for the Bicentenary Scholarship. To me, a recording is like saving a memory of a performance. It is a snapshot; a window into a musician’s life at the time of recording. I hope that my recording with Linn will be a way for people to get to know me through my playing, and that listeners will learn more about my passions and my vocation. It is a milestone in my development.

'It is through music that I take on my social responsibility. I want to share my experiences as well as these voices with the world through music, and I hope to contribute towards a brighter, kinder, more accepting future.'

On that subject, can you tell us a bit about your plans for your recording?

When developing my concept for the album, I began with music that I love. I originally gravitated towards lengthy works, but every recording has its time limit and I wanted to include as much variety as possible. In discussion with my teacher, we struck on the model of the ‘item programme’ used by many of the 20th century’s most famous violinists for their debut discs. But instead of playing the same music that they did (albeit playing it in my own way), I reflected on many of the events in 2020 and the injustices we saw globally. I began to think about the voices in classical music that were silenced in their time – of black composers and women composers, and, in a different way, of LGBTQ+ composers who were not free to be themselves. I decided to explore music by each of these under-represented groups and found a wide array of pieces that I fell in love with.

I wanted to put mainstream repertoire in a new context and juxtapose it with wonderful music from unjustly unheard composers. Alongside Schubert, Szymanowski, Tchaikovsky and Britten (all composers who lived in the shadow of homophobia), I will be playing music by Lili Boulanger, Grażyna Bacewicz, Florence Price, William Grant Still, and my composition tutor from Oxford, British Composer Award-winning Deborah Pritchard.

I want the programme to explore both the pain and the beauty of living and being in an oppressed or minority group; the pain that I experienced from homophobia; and the beauty of the self-discovery and self-actualisation that my homosexuality continues to enable within me. It is through music that I take on my social responsibility. I want to share my experiences as well as these voices with the world through music, and I hope to contribute towards a brighter, kinder, more accepting future.

What would you like to say to your donor?

From the bottom of my heart, thank you. With your help, a Welsh boy from a relatively low-income background can benefit from all that the Royal Academy of Music has to offer. The Bicentenary Scholarship frees me from financial worry and nurtures my artistry. More than anything, this scholarship is a sign of belief – in art, in society, and in me. It reminds me daily that my playing and my passions can take me wherever I want to go; it reminds me how wonderful life can be as an artist.

Ultimately, I want to develop a career that is true to who I am. I want to be honestly creative in my musical projects and work with other young musicians, and indeed artists in other media, who share similar visions. I want to build a concert network that will allow me to be myself in performance, and expand the canon of queer classical music as we know it. I want to celebrate the music so many of us love while sharing new music to fall in love with and freshening the concert hall with exciting new artistic ventures. And it all starts here, as a Bicentenary Scholar at the Royal Academy of Music. I am so grateful for it all.

Bicentenary scholarships are determined at the point of audition. Applications will not be accepted. 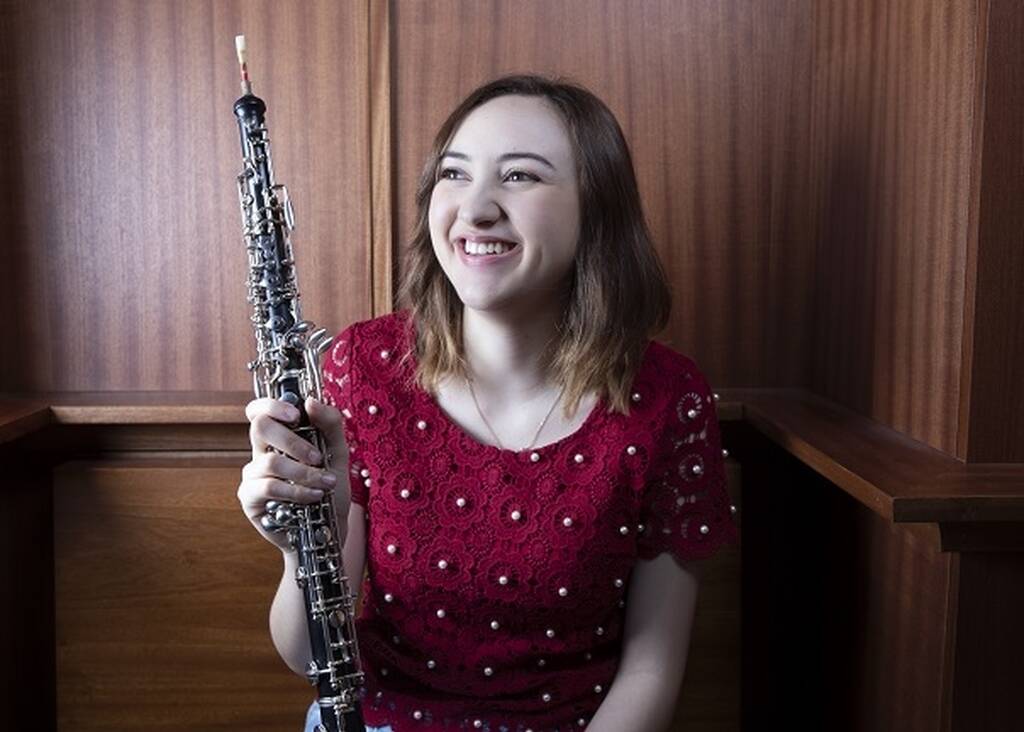